Cryptocurrency Zilliqa (ZIL) has experienced a true bullish rally, as per data from CoinMarketCap. The price of the cryptocurrency has increased by 114% in the last 48 hours, from BRL 0.48 to BRL 1.03. Although it has lost strength, ZIL still operates above BRL 0.90 at the time of writing, which represents an increase of almost 100%. The surge came after the network announced its Metaverse, which will launch on April 2.

Titled MetaPolis, the project is the first Metaverse as a Service (MaaS) announced on the Zilliqa network. Its launch will take place at an event in the city of Miami, which will take place on April 2. In addition to the in-person ceremony, the event will be streamed on the Zilliqa subtopic on Reddit. The transmission of the event will take place through gamification, that is, users need to fulfill some tasks to have access to the event. These achievements involve tasks such as creating comments on posts, using community-exclusive emojis, among others. Currently, the only way to gain access is through this competition. Whoever completes the stages will win the registration for the event, but other prizes will be distributed. Among them are exclusive NFTs and Zilliqa T-shirts. According to Zilliqa, this isn’t just any Metaverse ad. The goal is to create a real interaction between content producers and Zilliqa users. In this regard, the network has partnered with AGORA, an app that distributes awards to global talent. Through the partnership, it is possible for creators to be able to upload content to the AGORA app. Through voting, they will be able to have their work added to MetaPolis. In addition, Agora Prize winners receive up to $150,000 in prizes.

“We are excited for this partnership as we are able to not only bring creativity to life within the Metaverse access, but also open up no borders for creatives across the world to connect in the digital world. The partnership between AGORA, Zilliqa and Metapolis means that we are at the forefront of Web 3,” said Helou, Head of Metaverse and NFTs at Zilliqa.

How MetaPolis is being built

The MetaPolis project will excel in graphic patterns. It will be built on the Unreal Engine, Unity and the Nvidia Omniverse. Soon, the Metaverse will have graphics similar to games like Fortnite, Street Fighter 5, Valorant or Gears of War. The engine is designed for epic games and is one of the most popular game development tools on the market, especially for consoles and PC. Unity is the world’s leading mobile gaming engine, with an estimated 45% market share of the mobile gaming market. Popular Unity games consist of Hearthstone, Cuphead, Rust and Monument Valley. Nvidia Omniverse is a developer ecosystem designed to “make it easy for developers to share assets, classify asset libraries, collaborate and deploy AI”. With the appreciation on Wednesday, ZIL returned to the Top 100 and developed very interesting metrics. For example, there has been a 512% increase in the total number of users of decentralized applications (dApps) on the network. Unique wallet addresses grew to over 3 million in 2022. By way of comparison, the number was just 1.17 million in 2020. Transaction volume went from 11 million in 2020 to over 30 million in 2021. Also read: 35 NFTs, worth R$4.3 million, are stolen in a phishing attack Read also: YouTuber channel Júlio Cocielo is hacked to promote Shiba Inu Also read: Binance announces partnership to broadcast the 2022 Grammy Awards 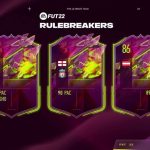 Previous Article What to do if FIFA 22 gets stuck on loading screen? 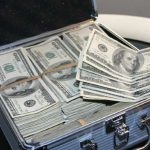 Next Article How is security guaranteed in online casinos?

Bitcoin and Ether could start rally and appreciate up to 26%, trader predicts

The price of Bitcoin (BTC) dropped 0.54% last week and broke a record low: eight consecutive weeks of devaluations. But the market started up this […]

How to change or remove login in Windows 11?

Most people who use their PC at home don’t need a security login because no one else can access the PC’s content, and it can […]