Yuga Labs has started to refund users who lost money by failing to lie NFTs from the Otherside collection. According to Etherscan, the company has already paid 90.56 Ether (ETH), which gives BRL 1.3 million in reais. These amounts were returned to users who performed minting transactions but were unable to acquire Otherdeeds. As a result, they ran out of NFTs and had to pay up to 1 ETH at peak demand. According to a tweet from Yuga Labs, fees were returned to the same address where each user made the transaction. For those who tried to make more than one transaction, the fees were refunded in full in one go.

Otherdeeds minting caused an all-time record in Ethereum fee burning. According to the website Watch the Burn, 64,000 ETH were burned, or around BRL 870 million, in a single day. The figure is nearly three times the average fees paid by OpenSea each month. On the other hand, the huge amount of fees made the network much more expensive than usual. As reported by CriptoFácil, Ethereum transaction fees reached more than BRL 5,000. In some cases, users paid 1 ETH (about BRL 14,260) in just one transaction. That is, even those who were not interested in buying the Otherdeeds were faced with a spike in the price of fees. For several hours, Ethereum became unfeasible for carrying out transactions of lesser value. According to Ycharts, Ethereum rates only dropped on Monday (2). Even so, costs only really returned to pre-Otherdeed levels as of Wednesday.

High volatility in Ethereum rates. Source: Ycharts. Some customers reported having paid in fees half the sale price of Otherdeeds, which was set at 305 ApeCoin (APE) – approximately R$32,000 at the time. Of the total ETH burned between April 25th and May 2nd, 56% was caused by NFT purchases.

Otherdeed is a collection of 55,000 NFTs created by Yuga Labs, the studio responsible for the famous Bored Ape Yatch Club (BAYC). According to the company, the collection consists of lands that are part of the Otherside, a metaverse linked to bored monkeys. Each NFT corresponds to a different terrain type similar to RPG game worlds. There are tropical terrains, others covered with ice, lava worlds, among others. Yuga Labs did not reveal details about the usefulness of the lands, but it is believed that they could be inhabited by the apes from the studio’s collections. That way, both the BAYC and the Mutant Apes (MAYC) could live in those regions, as game characters. Because of this, many fans were frustrated by not getting their land and criticized Yuga Labs. For them, the company could have opted for a more efficient launch format. The way it was done, the launch caused a real “gold rush” and increased fees. After the complaints, Yuga Labs stated that it could migrate the APE to its own blockchain, implying that the blame implied that the problem was with Ethereum. In response, Ethereum developer Mark Beylin called the company “crooks of the highest order.” Read also: IMF is concerned about the adoption of Bitcoin by the Central African Republic Read also: After 5 years, South Korea will release initial coin offerings (ICOs) from 2024 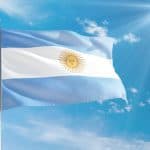 Next Article How to turn on tab audio mute in Chrome?

The Metaverse has immediately gained worldwide attention in the last few weeks, which is part of the …