Worth even memecoin: Ukraine now accepts Dogecoin and asks Elon Musk for donations

After announcing the acceptance of donations in Bitcoin (BTC), Ethereum (ETH), Tether (USDT) and Polkadot (DOT), the Ukrainian government opened a wallet to receive donations in Dogecoin (DOGE). The news was announced by Deputy Prime Minister and Minister of Digital Transformation, Mykhailo Fedorov on his Twitter account this Wednesday (2). According to him, DOGE surpassed the Russian fiat currency, the Russian Ruble, in value. Now it will be accepted by Ukraine, invaded about a week ago by Vladimir Putin’s troops. Also on Twitter, Fedorov urged personalities who support DOGE, such as Tesla CEO Elon Musk, to make donations to the country:

@dogecoin exceeded Russian ruble in value. We start to accept donations in meme coin. Now even meme can support our army and save lives from Russian invaders. $DOGE owners of the world, @elonmusk, @BillyM2k, let’s do it. Official $DOGE wallet: DS76K9uJJzQjCFvAbpPGtFerp1qkJoeLwL — Mykhailo Fedorov (@FedorovMykhailo) March 2, 2022

“Dogecoin has surpassed the Russian ruble in value. We started accepting donations from memecoin. Now even a meme can support our army and save lives of Russian invaders. DOGE owners of the world, Elon Musk, Shibetoshi Nakamoto, let’s support. Official DOGE Portfolio: DS76K9uJJzQjCFvAbpPGtFerp1qkJoeLwL.” To date, DOGE’s portfolio has received US$8,264, or about R$42,640.

The creator of Dogecoin, known as Shibetoshi Nakamoto, responded to Fedorov’s tweet, saying he sent some DOGE units: “Dogecoin folks are generally not rich and Dogecoin itself is often used for small transactions. But we are a caring and passionate group, those who want to help will offer what they can. I hope the country can heal and rebuild itself stronger after all this,” Shibetoshi added. Elon Musk did not respond to the tweet as of this article’s publication. But it is worth noting that the billionaire provided the country with a load of terminals for the Starlink satellite internet service. The news of Dogecoin’s acceptance was not enough to impact the price of DOGE. Right now, the cryptocurrency is priced at $0.133, having dropped 0.58% in the last 24 hours.

Like Dogecoin founder, Polkadot creator Gavin Wood donated $5.8 million DOT to Ukraine. In all, the country has already received nearly $35 million in cryptocurrencies, including Wood’s millions, according to data from the Elliptic platform, which is tracking the donations. There have been more than 48,000 donations of crypto assets since the beginning of the Russian invasion. In addition, donors are also sending NFTs to Ukraine. A CryptoPunk worth over $200,000, for example, was sent to the Ukrainian government’s Ethereum wallet. So far, official government addresses have received US$30.25 million and the rest of the funds have gone to NGOs such as Come Back Alive, a Ukrainian organization that supports the military. As a way of thanking the donations, the Ukrainian government confirmed this Wednesday (2) that it will promote an airdrop to donors. As reported by CriptoFácil, the snapshot will be taken this Thursday (3), at 18:00, Kiev time. Also read: CryptoAwards 2022: Vote and Win Prizes Also Read: Developer Finds Flaw in Samsung’s Cryptocurrency Wallet Also Read: Ukraine Announces Airdrop After Getting More Than $35 Million in Cryptocurrencies 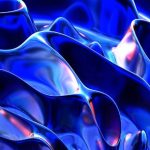 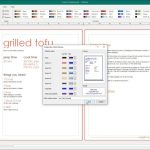 Next Article How to apply font schemes in Publisher?

What types of mobile networks are there?

Communications between people date back to 1854, when the inventor Antonio Meucci (Italian) created the first telephone in history; Later, Graham Bell was in charge […]

The 11 best Netflix documentaries in 2022

Although the best movies and series (and even new video games) attract most of the comments, news and expectations among users of streaming platforms, documentaries […]

Like everything in life, the passage of time is merciless with the components of the GPU of our PC, so we must know how these […]