Even with the sharp drop in the price of Bitcoin (BTC), investors are still willing not to sell their coins. In fact, there was a massive withdrawal of 15,794 thousand BTC from Coinbase in the last 24 hours, which corresponds to around BRL 3 billion in reais. If exchanges record loss of funds, Bitcoin ETFs go the other way. Analyst Jan Wüstenfeld highlighted that the Purpose ETF has received the largest daily inflow of BTC since its launch. There were 2,900 BTC received in the last 24 hours. The exit of funds from an exchange and entry into a fund bring a sign of encouragement in the midst of very difficult days for the market. Even with the recent devaluations, big investors are still willing to keep their BTC and not sell it.

Minus 20 thousand BTC on the market

According to tracking website Whale Alert, the withdrawal took place in two separate transactions. At first 7,794 BTC were moved, or BRL 1.48 billion. THE second transaction moved 8,000 BTC, or about BRL 1.52 billion. The funds were sent to the same wallet, whose identity is unknown. But according to data from BitInfoCharts, the address has 19,244 BTC, which corresponds to almost BRL 3.5 billion. In total, the address received only three transactions and did not send any. As it is a new wallet with no transactions, everything indicates that it belongs to a private user. That is, the movement likely represents a withdrawal and not a transfer between exchanges. This means that almost 20 thousand BTC were withdrawn from the market even in a moment of decline. In April, Blockware analyst William Clemente warned that exchanges were losing BTC reserves at a rate rarely seen before. According to data from Glassnode, such a movement has only happened three times in the history of BTC: twice in 2020 and once in 2021. In two of the three cases, the supply shock occurred just before a price spike. This was the case for the movements of October 2020 (before BTC resumed $20k) and September 2021 (before the all-time high of $70k recorded in November).

“On only 3 other occasions have we seen Bitcoins being withdrawn from exchanges at this rate,” Clemente wrote.

As with BTC withdrawals from exchanges, the entry of cryptocurrency into large funds is also a sign of appreciation. In this regard, Wüstenfeld noted significant BTC inflows into the Purpose Bitcoin Spot ETF. Traded in Canada, this fund has physical BTC as part of its reserves. That is, whoever buys Purpose shares is exposed to the price of BTC, and not to an index or futures contract. This means that the fund buys BTC and stores it in escrow to secure the value of its shares. So when the flow of investments increases, it means, once again, more BTC leaving the market. According Wüstenfeld, the fund bought 2,900 BTC for its reserves on Thursday (5). This was by far the biggest daily inflow of BTC in the history of the ETF. The amount was higher than the 2,200 BTC recorded in March 2021, which was the previous record.

“Wow! The biggest entry ever was recorded yesterday for the Bitcoin Purpose ETF. More than 2,900 BTC added in one day. As a result, the ETF currently has 34,400 BTC under management, around 2,000 BTC below the all-time high,” the analyst said. 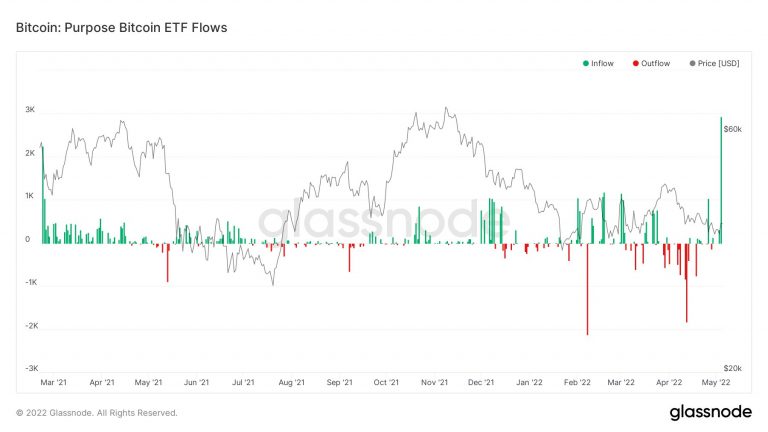 Record BTC inflow to Purpose ETF. Source: Glassnode. ETFs are regulatory compliant investment vehicles available to retail investors and institutions. They are the most efficient vehicle for those who want to expose themselves to a market without buying the asset directly. In the case of BTC, many funds and investors are prohibited from directly buying and holding the cryptocurrency. Thus, they end up turning to institutional funds or ETFs. In short, an increase in the inflow into these funds means greater demand for BTC in retail and especially among institutional ones. Also Read: Sony and Theta Labs Release 3D NFTs You Can (Almost) Touch Also Read: Hop Protocol Announces Token and Airdrop for Early Users Also Read: Solana Developers (SOL) Launch New Fee System to Optimize Network 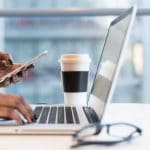 Next Article Online marketing: the revolution in B2B subscription management

Lloyd’s of London to Insure Crypto Hot Wallets Against Hacks

Cryptocurrency investors are no longer helpless when it comes to being hacked. Major UK insurance provided Lloyd’s of London has introduced a product to insure […]

The cryptocurrency markets have shown some strong resilience through the weekend, with many altcoins making greater than +5% gains. Many of the gains have put […]