User makes a mistake and sells famous NFT for less than BRL 0.01

Ether Rocks (Rocha Ether, in free translation), was one of the most famous NFTs of 2021. It was also traded for the trifle of US$ 500 thousand (R$ 2.5 million in current values). But its current owner made a mistake and made the NFT sell for less than $0.01. As a result, the NFT owner lost all of his equity, which he claimed was invested in the token. Ether Rock is a collection of NFTs consisting of simple rock photos. However, each of them was a huge hit during the NFT craze of 2021.

Apparently, the owner of the NFT – who goes by the name of rock dust on Twitter – planned to sell Ether Rock #44 for 444 Ether (ETH). Based on current prices, the value would be R$ 5.8 million. However, the user made a basic naming error. Instead of putting 444 ETH, he put NFT up for sale for 444 Wei. Wei is the smallest decimal place in ETH, its equivalent to Satoshi for Bitcoin (BTC). One ETH corresponds to one sextillion Wei (1 followed by 21 zeros) In other words, the asking price of 444 Wei for the rock is less than $0.01. To give you an idea, the amount paid in fees for the transaction, according to Etherscan, was 336 times higher than the NFT sale price. After discovering the error, Dust still tried to roll back the transaction, but was unsuccessful. An NFT trading robot bought Ether Rock within the same block on which the wrong transaction took place. As a result, all of Dust’s net worth was lost. According to him, his life savings placed on digital rock. He took to Twitter and recounted his case, asking whoever acquired the NFT to “show mercy” and return the item.

But Dust also took the situation good-naturedly, even suggesting a refund request to a fictitious “cryptocurrency customer service center.”

This is not the first time an NFT holder has made a mistake that has cost him millions of dollars. The same happened to the owner of a Bored Ape in December, who lost 99% of the token’s value due to an error. In this case, which was reported by CriptoFácil, the Bored Ape in question was worth R$1.6 million at market price. However, an individual mistake made the investor put it up for sale for BRL 16,800. Like irreversible cryptocurrency transactions, such accidents are virtually impossible to remedy. Dust himself agreed that his accident was the result of inattention, which made him not carefully check his sale before executing it.

“The controls are the same whether the transaction is $1 or $1 billion. It’s just a line of data and a click of a button,” she said. 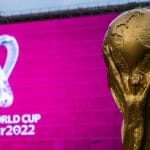 Previous Article The solid union of football and cryptocurrencies: know where to buy FWC

Next Article How is Virtual Reality influencing online casinos?

The company that owns the MetaMask wallet, Consensys, has raised BRL 2.3 billion in a new round of financing, indicating that it will be able […]

The cycle of low interest rates, which brought down fixed income yields, has increased the demand for other investments. In addition to the stock exchange, […]

LUNA has seen its trading volume increase by 22% in the past 24 hours. …