Through Fidelity Investment, millions of US citizens will be able to access Bitcoin (BTC) investments in their retirement. However, the idea has barely been launched and is already facing strong resistance from US government agencies. After announcing that it will allow the inclusion of BTC in its retirement accounts – 401(k) – the manager received criticism from the US Department of Labor. The body is equivalent to the Ministry of Labor and is responsible for regulating the retirement plans managed by the manager. According to The Wall Street Journal, the move faces strong opposition within the department. Ali Khawar, acting assistant secretary of pensions, warned of the “speculative nature of cryptocurrencies. And he recalled that Fidelity, which manages retirement accounts for 23,000 companies, has a huge responsibility. “We have serious concerns about what Fidelity has done,” the executive said.

Speculation and fear of loss

Khawar highlighted the speculative nature of the cryptocurrency and the hype surrounding the fear of losing as reasons his department was concerned about the move. There is a fear that these characteristics will impact earnings and even the future of pensions. Fidelity limits BTC holdings to 20% of account value. But even that wasn’t enough to allay the Labor Department’s apprehensions. Khawar warns that many retirees put a lifetime’s savings into 401(k) plans and don’t have extra features.

“For the average American, the need for old-age retirement savings is significant. We are not talking about millionaires and billionaires who have a lot of other assets to cash out,” he said.

In this regard, if BTC falls in price or eventually fails, the Department fears that thousands of people will suffer losses. The executive recommended caution and classified Fidelity’s action as “hasty”.

The profitability of retirement plans has been facing a great dilemma, especially in developed countries. As they are long-term products with a focus on retirement, managers tend to invest in products considered safer. For example, most of these funds invest most of their capital in government debt securities. Another big part goes to fixed income assets. Only a smaller percentage is allocated to variable income assets, considered riskier. However, low or even negative interest rate policies imposed by central banks put pressure on bond yields. With lower interest rates, many funds find it difficult to close the year with a positive yield. In this way, investing part of the funds in BTC is an alternative to face the pressure of artificially low interest rates. Fidelity said its BTC offering represents an “ongoing commitment to evolving and expanding its digital asset offerings amid growing demand for digital assets across all investor segments.” Read also: See details about the long-awaited sale of land in the metaverse Bored Ape Read also: BAYC clothing line to be launched in China by Li Ning 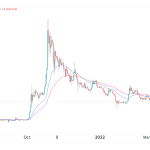 Previous Article Is Shiba Inu a good investment? 5 reasons why we think it’s Next Article How to change the mouse cursor in Ubuntu Linux

New York-based cryptocurrency startup Blockchain of Things (BCOT) has reached a settlement with the U.S. Securities and Exchange Commission (SEC) for conducting an unregistered ICO. […]

Over the past month, the Cardano cryptocurrency has overestimated by almost 20%, but since the end of March, the network has gained […]