Ukraine asks, but exchanges will not freeze Russian customer accounts

Ukraine’s Deputy Prime Minister and Minister for Digital Transformation Mykhailo Fedorov called on exchanges to block the addresses of Russian users. According to Fedorov, the measure would help fight Ukraine’s “invaders”. “It is crucial to freeze not only addresses linked to Russian and Belarusian politicians, but also to sabotage ordinary users,” the minister said. However, most exchanges have announced that they will not fulfill the request. In fact, the only platform that accepted it was DMarket, a digital asset company based in Ukraine. In contrast, exchanges Kraken and Binance have claimed that they will not freeze Russian accounts on their platforms.

I’m asking all major crypto exchanges to block addresses of Russian users. It’s crucial to freeze not only the addresses linked to Russian and Belarusian politicians, but also to sabotage ordinary users. — Mykhailo Fedorov (@FedorovMykhailo) February 27, 2022

With the outbreak of conflict, cryptocurrencies served as a tool of freedom for both Ukrainians and Russians. The former used them to flee the country with their wealth, while the latter bought Bitcoin (BTC) as protection against the ruble’s falling value. In this regard, exchanges defended users’ rights to operate and therefore refused Fedorov’s request. According to Binance, there are no plans to unilaterally freeze Russian user accounts.

“We will not unilaterally freeze millions of innocent user accounts. Cryptocurrencies should provide greater financial freedom for people around the world,” an exchange spokesperson told Reuters.

Kraken on the fence and DMarket freezes accounts

However, not all exchanges were straightforward. Jesse Powell, Kraken founder, gave a lengthy explanation in response to Fedorov. Powell claimed that Kraken will not block the accounts unless it receives a court order to do so. But Powell says that stance could change in the future. “Russians should be aware that such a requirement (account blocking) could be imminent,” Powell said. He further adds that Kraken’s mission is to serve customers by focusing on individual needs above those of any government or political faction. In the same vein as Binance, Powell said that “people’s money is an exit strategy for human beings, a weapon for peace, not war.” Interestingly, Powell also took the opportunity to stab the other side, citing the United States

“If we were to voluntarily freeze the financial accounts of residents of countries that attack and provoke violence around the world, the first step would be to freeze all US accounts. As a practical matter, this is not a viable business option for us.”

Finally, DMarket decided to adopt the Ukrainian side and complied with the request, freezing all accounts of Russian citizens from the 27th. In addition, DMarket also prohibited the opening of new accounts for citizens of Russia and Belarus.

On a tweet, Fedorov celebrated the blocking of funds by DMarket, but made a troubling comment. The Deputy Prime Minister suggested that these funds could be donated to help Ukraine’s war effort.

“Breaking news. DMarket, the platform for trading Metaverse NFT & IN-Game items, has decided to freeze the accounts of users from the Russian Federation and Belarus. Funds from these accounts can be donated to the war effort. Robin Hood Day. Bravo,” he said.

In other words, funds from Russian and Belarusian citizens can be confiscated and earmarked as donations, which in practice amounts to confiscation. In this way, innocent citizens of both countries would be harmed, even those who do not support Russia or the conflict. This situation again illustrates the risks of leaving assets on centralized platforms, as is the case with DMarket. The confiscation and freeze situation also plagued Canada a few weeks ago, prompting several citizens to utilize BTC as an escape alternative. Also Read: Online Loan: The Tips Nobody Told You Also Read: Animoca Announces It Will Pay All Users Affected by Recent Hack 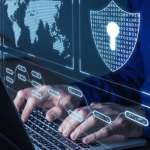 Next Article Is Google Pay safe? Are we protected?

The Bored Ape Yatch Club (BAYC) NFTs collection caused a real revolution in this market that goes far beyond its 216,000% appreciation. In the view […]

Although Apple is constantly releasing new versions of its operating systems, from time to time we have a little more urgency to install them, and […]

5 benefits of furthering your crypto education

Learning and growth are activities that go hand in hand. For emerging trends in financial technology, such as cryptocurrencies, good information on market dynamics is […]