UFC to Pay Bitcoin Bonus to Fighters in Partnership with Crypto.com

The world’s leading mixed martial arts organization, the UFC, announced the creation of a bonus that will be given in Bitcoin (BTC) to outstanding athletes in the competition. The initiative is the result of a collaboration with cryptocurrency exchange Crypto.com, an official partner of the UFC.

According to a statement released this Thursday (7), the new “Fan Bonus of the Night” will feature three Bitcoin bonuses. They will be awarded to the top three fighters in the UFC. Fans from all over the world will be able to vote to choose the best contestants. According to Crypto.com, BTC payouts will be: $30,000 for first place; $20,000 for second place; $10,000 for third place. Bonuses will be paid based on the Bitcoin exchange rate in US Dollars.

“Crypto.com has been an official partner of the UFC for less than a year. And I say they’re already one of the best partners we’ve ever had,” said UFC President Dana White. “They are constantly coming up with new ideas on how we can work together to connect with fans. This new Bonus is an amazing way to engage fans more at our events while rewarding fighters for incredible performances.”

The Bitcoin bonuses will be in addition to the traditional Fight of the Night and Performance bonuses given to UFC athletes by Dana White after each event.

Bonus will debut in Volkanovski vs The Korean Zombie

The Fan Bonus of the Night will be featured at UFC® 273: VOLKANOVSKI vs THE KOREAN ZOMBIE. The event will take place this Saturday, April 9 at the VyStar Veterans Memorial Arena in Jacksonville, Florida.

During each UFC Pay-Per-View edition, voting for the award of the Bitcoin bonus will take place at Crypto.com/FanBonus. Voting will be open to all users globally. Each fan will receive three Pay-Per-View votes and will be able to vote for two fighters in each fight. Voting will open at the start of the Pay-Per-View preliminaries and will end one hour after the event concludes.

Partnership between UFC and Crypto.com

As reported by CriptoFácil, the exchange Crypto.com was announced as a sponsor of the UFC in July last year. At the time, the UFC called the $175 million deal the “greatest partnership in history.” Then in November, the partnership expanded to include a multi-year licensing agreement for an exclusive series of UFC NFTs where athletes will receive 50% of UFC revenue from NFT sales. Also Read: ApeCoin Price Needs To Relieve Selling Pressure To Revisit $15, Trader Says Also Read: 7 Reasons Why Ethereum Price Will Hit $10,000 Before “Merge” Also Read: Bitcoin Whales Take Advantage of the Drop and buy more than 6 thousand BTC in one day Previous Article What does it mean when a file is damaged or corrupted? 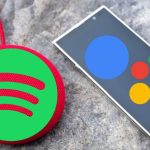 Next Article How to stop Spotify from sharing your usage data

Change the default search engine in Safari on Mac

Like the vast majority of browsers, in Safari we have the possibility of modifying the default search engine, which allows us to carry out inquiries […]

Cryptocurrency billionaire plans to donate 99% of his fortune

Although he is one of the richest people in the cryptocurrency industry, a Bloomberg article, published this Sunday (3), highlights that Sam Bankman-Fried drives a […]

AVAX saw its trading volume increase by 32% in the past 24 hours. …

The post Top 3 of the Avalanche ecosystem tokens to be bought on December 13th: AVAX, LINK and TIME appeared first on BitcoinMag.de .

The Russian economic ministry is calling for a controllable cryptocurrency market in the country instead of the outright ban proposed by the government. Do Not […]