The rise of cryptocurrency payments

Industries Accepting Cryptocurrency Payments Through BitPay in 2020 and 2021

Worldwide BitPay Payment Count in 2020 and 2021, by Industry The industry that has seen the sharpest increase for the largest total number of merchants accepting cryptocurrency payments includes the sale of prepaid cards and gift cards, rising to a total of 41.15% in March last year. One of the main factors motivating companies to accept cryptocurrency is the potential to unlock new demographics. This study suggests that up to 40% of customers who pay in cryptocurrencies are new customers of the company, while the size of their transactions is twice as large as consumers using conventional payment methods. This makes sense, as cryptocurrency acceptance is still relatively niche. The industry in general still has a core cult of users, who generally tend to be highly enthusiastic when using cryptocurrencies for transactions. Of course, certain industries lead others. Gift cards, unsurprisingly, top the rankings for the same reasons described – a passionate cryptocurrency enthusiast presents himself as the perfect recipient for a crypto gift card. It’s also logistically easy to instill, as gift cards are simply a form of credit to be spent in as many locations as possible. Other industries have higher barriers to entry; financial services have as an example, regulation in space significantly greater than industries, which means that adoption is slower and more cumbersome. Crypto is, at its core, a new form of technology, virtually dwelling on the Internet. Tech industries, therefore, should also finish at the top – VPN/hosting and Internet companies coming in as the second and third most adopted industries above.

Types of Businesses Offering Cryptocurrency Payments in the UK in 2021

Number of companies accepting cryptocurrency payments in 147 countries as of March 9, 2021

Number of companies that have a cryptocurrency ATM or offer cryptocurrency as an in-store payment method as of March 9, 2021, by country The United States has by far the most companies that accept crypto payments as of March 2021, with a total of 5,968 companies able to facilitate this type of transaction for their customers. Two European nations, Italy and Slovenia, come in second and third in terms of the most merchants accepting cryptocurrency payments, with 1,366 and 1,133 companies offering cryptocurrency payments last year. Of particular interest here is Slovenia, given its small population of just 2.1 million. A number of cryptocurrency companies started in Slovenia, with easy-to-use cryptocurrency wallet apps being especially prevalent and helping to drive adoption in the European country. There is even a shopping mall and entertainment complex in Ljubljana called BTC City where all businesses accept cryptocurrencies. Switzerland’s place is also quite high on a per capita basis, which will only be boosted by the recent announcement that the city of Lugano will accept Bitcoin, Tether and LVGA (a stablecoin launched by the city) as legal tender. The Swiss city aims to become the blockchain capital of Europe, with a CHF 100 million fund to support cryptocurrency businesses established as part of the partnership with Tether. Venezuela’s appearance is also particularly notable, given the country’s history of hyperinflation. The inflation hedging narrative has gained increasing prominence in recent times, with vulnerable currencies such as the Venezuelan Bolivar providing an extra reason for citizens to seek alternative stores of value. Notable in the table is Russia as well – while the above data is not recent enough to explain the recent invasion of Ukraine, Bitcoin has reached an all-time high against the Russian ruble (which has dropped 20% against the dollar) as the Russian citizens turn more and more. to cryptocurrency to protect your wealth.

Share of respondents in the Statista Global Consumer Survey (GCS) who indicated owning or using cryptocurrencies in 55 countries worldwide in 2020 According to a survey conducted by Statista in 2020, Nigeria is the country with the highest percentage of cryptocurrency users . 31.9% of respondents indicated that they own and/or use cryptocurrencies. The impressive usage in the African country is partly due to the pre-existing prevalence of mobile phone-based P2P payments, which means that the leap to dive into cryptocurrencies is much smaller than in other countries. Nigeria has also been plagued by inflation, further encouraging citizens to mine virtual currencies. It can also be challenging to get US dollars in the country, which means crypto has provided an alternative route to send coins abroad. The same reasons apply for the next two countries on the list – both based in Southeast Asia – Vietnam and the Philippines. With inflation, challenging cross-border payments and P2P payments all typical characteristics of third world countries, it is not surprising to see that most of the major adopters in the table above are non-Western. 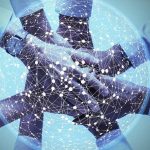 Previous Article What types of mobile networks are there? 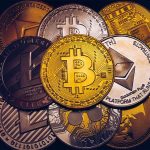 Last week, economists from BM BNP Paribas updated the list of 10 companies from the WSE, which should perform better than the market in September. […]

The indebtedness of families in Brazil reached record proportions in June, with almost 82% of indebtedness on credit cards, according to the Peic (Indebtedness and […]

Should I buy Gala? 3 things to consider

The gaming industry has seen strong growth in recent years. The industry is largely dominated by big companies like Microsoft and Take-Two Interactive. These companies […]

Ethereum has been the better cryptocurrency despite Bitcoin historically performing excellently so far in June. Ethereum Leads Bitcoin as We Enter Bullish June Ether (ETH) […]