The future of bitcoin with rising interest rates in the US

The US central bank – Federal Reserve, announced on Wednesday (16) the increase in interest rates in the country by 0.25 percentage point. It was the first rate hike in the US since 2018. On the other hand, the cryptocurrency market reacted “positively” to the news. Since the day of the announcement of the interest rate hike, bitcoin has gone from $39,000 to around $42,000. Since the beginning of this year, bitcoin has been oscillating in the range of US$ 35,000 and US$ 45,000, maintaining a “lateralization” movement, that is, with volatility. Despite bitcoin’s rally, sentiment indicators still point to pessimism in the market.

With interest rates rising in the US, will Bitcoin fall?

Before the start of the interest rate hike – already expected by investors, the narratives seen in the ecosystem were about the possible fall of the crypto market. Classic movement of the economy, raising interest rates to contain inflation and asset pricing — investors stop investing in variable income. On the other hand, if we talk about deflationary assets like bitcoin, this correlation tends to break down. Note that, in the period from 2017 to 2018, interest rates started to rise in the US, but with this movement the price of bitcoin followed in 2017 and early 2018. However, in that period, bitcoin was in the great cycle of bullishness. of 2017.
Chart US01Y – 1 Year US Bonds. Source: TradingView From this perspective, the correlation between interest rates and bitcoin tends to break down when bitcoin is in a bullish cycle. However, some analysts are predicting bitcoin rising this year even as interest rates rise, due to central bank actions that have generated inflation not seen in 40 years. It is worth remembering that bitcoin continues in the bullish cycle – the biggest in time – this unique movement, never seen in all 13 years of the digital asset’s life. According to some interesting factors that occurred after 2020. For example, the entry of institutional, the mass adoption of cryptocurrencies, monetary policies (inflation), among others.

Bitcoin on the rise, but the market remains pessimistic.

One of the most popular indicators of crypto market sentiment, the Fear and Greed Index finds itself in “fear” territory this Saturday (19). However, in the last week he was still in the “extreme fear” zone.

Fear and Greed Index Thus, market sentiment does not signal any euphoria from this point of view. In addition, famous investors in the ecosystem such as Robert Kiyosaki, begin to discredit the digital asset, in the latest statement about bitcoin, he stated that all cryptocurrencies will be confiscated.

Bitcoin volatility at highest level since May 2021

Bitcoin volatility began to rise sharply in the last month, a movement that has not happened since May 2021, from this perspective, there are signs of price fluctuations for the coming weeks. 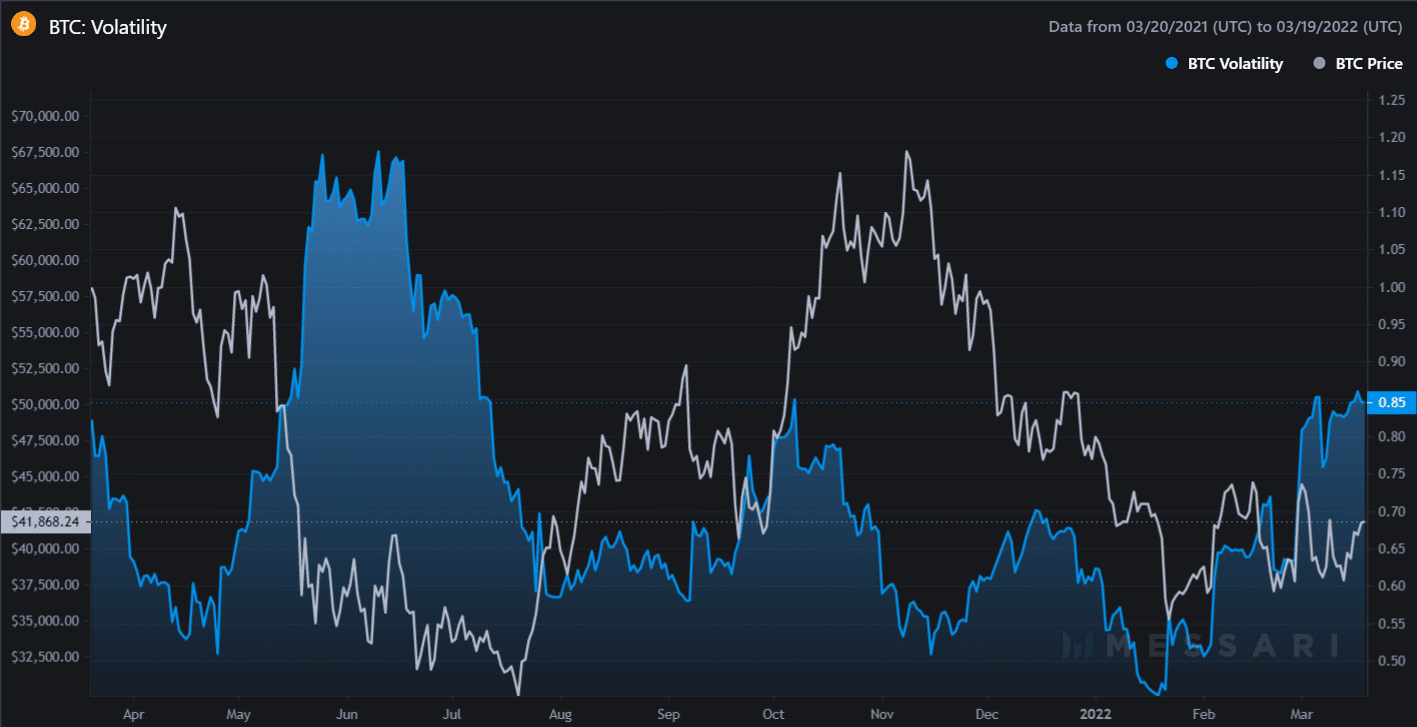 Bitcoin volatility. Source: Messari Finally, despite the pessimism in the market, the price of bitcoin continues to signal a rise in the long term, maintaining the trend of “cleaning up” of exaggerations in the market (liquidations) and high volatility. Previous Article How to get gems in Clash Royale

Next Article Bitcoin is still eagerly accumulated by HODLs. BTC is waiting for a repeat from 2019?

Mercedes Benz is looking to lead the way in terms of CO2 emission transparency by deploying blockchain technology. Mercedes Benz to Use Blockchain to Boost […]

Fix: Zoom audio not working during a meeting

If he Zoom audio not working during a meeting, it can be due to a wide variety of reasons; Perhaps it is the microphone that […]