Android has a large number of games for all types of audiences, from mobile action games to retro games through totally free games and even oddities in the form of games that will surely attract your attention.

Android survival games are very well designed, there are a lot of different titles and it’s not all about zombies.

The truth is that there are hundreds of genres in the Google Play Store and one of the most prominent is the one that focuses on the player’s survival, as they stand out for being really entertaining titles that offer many hours of fun.

Currently, there are a huge number of games of this type, some amazing but many others that you will find in the Google application store do not meet expectations. For this reason, we give you a list that contains the best of the best in terms of Survival games on Android.

-Out There: Ω Edition: In this game, the person will have to embody an astronaut who has been stranded on a strange planet, the goal is to fight against the environment to get out alive. It is a “roguelike” type title, that means that every time the character dies, the player will have to start the level from scratch.

-Radiation City: One of the main attractions of Radiation City is its excellent graphics, but it goes one step further. It is set in the city of Pripyat 40 years after the Chernobyl nuclear disaster. The player must face zombies and wild creatures while searching for his missing partner.

-Last Day on Earth: Logically, since it is a list of survival games, zombies are a benchmark of the genre. Last Day on Earth puts the player in the shoes of a character who must use any method to kill the undead to protect the base from him. The goal is to upgrade weaponry and shelter in order to move forward.

-Terraria: The main objective of this title is to build and explore to evolve, death and survival take a back seat. Likewise, it is one of the best survival games today because its world is very complete. There is a wide variety of weapons and enemies, plus each stage is perfectly designed.

-Crashlands: Despite being a very simple game, it is extremely addictive. Its main plot revolves around helping a galactic trucker recover the packages he lost in a crash landing. Of course, in the quest the player will have to fight against monsters, make new weapons and increase his power to pass the level.

-This War of Mine: For many, this is one of the best survival games for Android today. It provides a human perspective of the war where the player will have to lead a group of civilians trying to survive in a city that is in conflict. You will have to dodge snipers and scavengers to find supplies and get out of the area.

-Don’t Starve: The artistic section of the game is excellent, since it is designed as if it were a children’s story. Beyond this, the truth is that the environment is very hostile. The player will embody Wilson, a scientist who was trapped in an unknown world, so he will be forced to find and make supplies to survive. 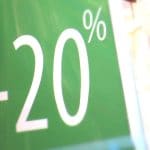 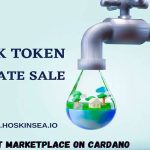 The technological advances They have completely transformed our lives. Internet it is a great promoter of change since from this channel all kinds of daily […]

The author of the popular book “Rich Dad Poor Dad,” Robert Kiyosaki, recently stated that he believes the U.S. dollar is failing, and as such, […]

Income 2022: How to declare cryptocurrencies

The 2021 Income campaign has already started, and surely more than one taxpayer has doubts about how to declare their cryptocurrencies when rendering accounts with […]