Those used to high-tech environments and the accompanying fast pace often feel that they are outpacing the regulators and rules that govern their businesses, as these discussions of new business models can be time-consuming. On the other hand, regulators feel the urgency to move faster to facilitate the adoption of new technologies and ward off their misuse by bad actors. When we see a significant regulatory advance in a continental country like Brazil, we realize two important things: first, the respective technology has been around long enough to be considered well established and for legislators to educate themselves on it. Second, the technology has already spread to a considerable slice of the population and area of ​​the territory to demand clearer national rules. Currently, Brazil has two main bills in progress to regulate the crypto-assets market. We share them below so Blocktaners can do their own research:

The first, authored by deputy Áureo Ribeiro (SD-RJ) originated in the Chamber of Deputies in 2015, and on 12.09.2021 was approved by the Chamber of Deputies and forwarded to the Senate. This bill includes virtual asset service providers in the list of institutions subject to the provisions of the Penal Code and the Law on Crimes against the National Financial System. With a very similar text, we also have Bill 3.825/2019, authored by Senator Flávio Arns (Rede PR). Approved by the Senate’s Committee on Economic Affairs (CAE) on 22.02.2022, it is now for review by the Chamber and subsequent appreciation by the President of the Republic. In short, the following are the most relevant points of these projects: Define the principles to be followed by the sector, such as free competition, consumer protection, security and protection of personal data, among others; Define who the “virtual service providers” are and define other terms relevant to the sector; Create a specific criminal type to punish scams and fraud involving virtual assets, with a prison sentence of 4 to 8 years and a fine; Equating companies providing virtual services to financial institutions; Submit virtual service providers to compulsory reporting of suspected money laundering operations to the Financial Activities Control Council (COAF); Start requiring authorization from the federal executive branch for the performance of virtual service providers in the Brazilian market; It still does not establish which body will be responsible for inspecting the sector, which will be determined later by means of an act of the federal executive power; Authorize the creation of a “simplified procedure” to grant operating authorization to companies providing virtual services; Create tax exemption for the acquisition, by legal entities, of machinery and software used in the processing, mining and preservation of virtual assets, provided that the projects use 100% renewable energy and neutralize 100% of the emission of greenhouse gases; The substitute approved by the Senate removed from the original bill the Central Bank’s competence to issue licenses and supervise the sector, making the final text approved by the CAE more comprehensive and less restrictive. A more specific regulation will come later, with the choice of the body responsible for the inspection.

The bills in progress do not bring great news about taxation of crypto-assets – the matter remains regulated by Normative Instruction 1888 of the Federal Revenue Service of Brazil. IN 1888 discusses the obligation to provide information regarding operations with crypto-assets to the Special Secretariat of the Federal Revenue of Brazil, and provides that this information must be provided whenever the monthly value of operations with crypto-assets, individually or jointly, exceeds R $30,000.00 (thirty thousand reais). The obligation to provide information applies both to the individual and to the legal entity that performs any operations with crypto assets, such as purchase and sale, exchange, donation, transfer and withdrawal of crypto assets from exchanges, among other operations that imply the transfer of these assets. digital. It is unlikely that a change in this regulation will be included in the new law, since more specific topics are regulated by ordinances, circulars and normative instructions. We emphasize that these bills are still in the process of being processed, and may undergo changes until their final approval. However, they already demonstrate an impressive evolution, paving the way to curb malicious activities, while allowing suitable businesses to thrive, the population to feel safe and the adoption of crypto technologies to grow more and more!

Advancement of cryptocurrency regulation around the world

Brazil is not the only country that has shown interest in regulating the universe of digital assets: in the last month it was possible to notice an advance in the discussion of the topic in countries such as the United States, Ukraine, the United Arab Emirates, and also by the European Parliament. Despite the regulatory discussion being at different levels in each country, this already demonstrates a widespread effort by the international community to make the crypto market safer for everyone.

Last Wednesday (16/03), President Volodymyr Zelensky signed into law the bill that legalizes cryptocurrencies in Ukrainian territory. The bill had been approved by parliament on February 17 and was pending consideration by the president, who had rejected another similar bill at the end of 2021. Under the approved regulations, the Ukrainian CVM will be responsible for issuing permits for providers of virtual assets. , implement state policy focused on the area, determine the rotation order of virtual assets and financially inspect the market. The approval of the regulation comes at a crucial time for the Ukrainian economy, as, after the start of the Russian invasion, the country received a large volume of donations in cryptocurrencies. It is estimated that the country has already received approximately US$56 million after the launch, last Monday (14), of an official website of the Ukrainian government to receive these donations. After the start of the armed conflict against Russia, transactions using cryptocurrencies in Ukraine increased by 107%, according to data published by CoinShares. This increase is mainly due to the protection offered against the devaluation of the domestic currency and because it allows Ukrainian refugees to cross the country’s borders with their economies, reducing the chance of loss or confiscation of assets.

The US government also brought news to the regulatory landscape of digital assets. Earlier this month (3/9), President Joe Biden signed an executive order requesting that federal bodies such as the Securities and Exchange Commission (SEC), the Commodity Futures Trading Commission (CFTC) and the Federal Trade Commission Commerce (FTC) join efforts for regulation and surveillance of the crypto market in the country. Despite not adopting a specific stance, the order issued by Biden was considered a historic milestone, as it is the first formal manifestation regarding the regulation of the sector. The US government said it was a “first government-wide approach to addressing the risks and harnessing the potential benefits of digital assets and their underlying technology.” The Order establishes a national policy for digital assets on six main priorities: consumer and investor protection; financial stability; prohibition of illicit financing; US leadership in the global financial system and economic competitiveness; financial inclusion; and responsible innovation. The order also highlights the urgency of research and development of a digital currency to be issued by the Central Bank of the United States. If the issuance of a CBDC is considered to be of national interest, the government must assess the necessary technological infrastructure, implementing efforts for its issuance. The conflict between Russia and Ukraine was also considered a motivator of the order issued by Biden, especially given the fear that Russia will use cryptocurrencies to evade the severe economic sanctions imposed.

The Prime Minister of the United Arab Emirates, Sheikh Mohammed bin Rashid Al Maktoum, announced on 09/03 a new legislation on virtual assets to be adopted in the country. The law defined the Dubai Virtual Assets Regulatory Authority, or VARA, linked to the Dubai World Trade Center Authority (DWTCA), as the body responsible for regulating the sector, as well as creating a legal framework for the use of cryptocurrencies in Dubai. The sector’s regulation aims to make Dubai a hub for industries in the sector, as well as protecting investors and creating international standards of governance. The news was announced through Rashid’s official twitter: ““Today we passed the virtual assets law and established the Dubai Virtual Assets Regulatory Authority. A step towards establishing the UAE’s position as an important position in this sector. The authority will cooperate with all related entities to ensure maximum transparency and security for investors.” According to the official website, the Virtual Assets Regulatory Authority (VARA) will be responsible for organizing the issuance and trading of virtual assets and tokens, supervising the performance of virtual asset service providers, ensuring the highest standards of protection of the personal data of the beneficiaries. , in addition to organizing the operation of platforms and portfolios of virtual assets and monitoring transactions, in order to avoid manipulation of the prices of these assets. In addition, the activities of control and management of virtual asset platforms, exchange services between virtual assets and currencies, whether national or foreign, the exchange of services between one or more forms of virtual assets and the transfer and custody services of virtual assets will also be subject to the control and regulation of VARA.

The recent vote held by the European Parliament on 03/14 was also highly anticipated by the crypto sector. The Economic and Monetary Affairs Committee of the European Parliament voted on the Markets in Crypto Assets (MiCA) bill, rejecting the part that provided for a ban on cryptocurrencies that used the proof-of-work consensus mechanism. , due to the high energy expenditure generated by this process. Such regulation would lead to the banning of Bitcoin from EU member countries and generate great concern for the sector. The legislation was passed by the Committee without restriction, by a majority of 31 votes in favor and 23 against, with four abstentions. The Markets in Crypto Assets (MiCA) bill was proposed in the European Parliament in 2020, and seeks to strengthen the regulation of digital assets, simplifying the existing set of rules and establishing an authorization system and operating conditions for crypto-asset service providers. . Disclaimer: This article is for informational purposes only and does not constitute investment advice or an offer to invest. CriptoFácil is not responsible for any content, products or services mentioned in this article. Also read: 5 reasons to use VPN for cryptocurrencies Also read: Trade in cryptocurrency futures is easier and more dynamic with the Bitget platform Also read: Symbiosis Finance announces the launch of β-Mainnet; know more 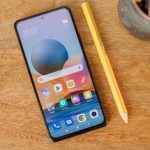 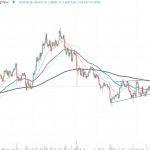 The price of Monero currently stands around $54 and the first strong sign of recovery could be if the price jumps above $80. Although the […]

Oponeo with “BUY” and the valuation of PLN 69.00 from BM PKO BP. The company’s shares gain nearly 6%

In its latest report, the PKO BP Brokerage House valued Oponeo at PLN 69.00 with the recommendation “Buy”, which with the price on the day […]