Strike Partners with Shopify to Bring Bitcoin to US Merchants

The talk by Jack Mallers, founder of the digital payment platform Strike, was one of the most anticipated at Bitcoin 2022. And the wait was worth it, as Mallers announced the integration of Bitcoin (BTC) with Shopify, one of the largest e-commerce companies. -commerce in the United States. As a result of this integration, merchants using Shopify will be able to accept BTC payments through Strike. These payments, in turn, will be executed through the Lightning Network (LN). That is, transactions with BTC will be faster and with much cheaper fees. The announcement had huge backlash at the conference, with much celebration that Strike will facilitate the integration of BTC and its use as a currency. It should be noted that Jack Mallers’ company was responsible for helping El Salvador in the process of adopting BTC as legal tender.

Partnership between Strike and Shopify

According to the official announcement, the integration will allow merchants to accept payments globally and reduce costs in terms of processing fees. Strike will also allow BTC payments to be settled in USD. However, using BTC will provide Shopify and its users with a borderless, global currency alternative. In this way, the company makes BTC a second option to traditional payment methods. On Shopify’s part, BTC should help the company tap into previously untapped global markets and purchasing power. Thanks to LN’s low costs, citizens in these locations will have greater purchasing power to use on the site. At the same time, merchants will have great savings in fees, making room for discounts on purchases. But one of the problems with LN is the complexity traders face when using BTC on the network. In addition, many encounter problems when converting cryptocurrency to dollar. And in that sense, Strike will instantly convert BTC payments to USD.

The official announcement of the partnership with Strike took place on Thursday (7), during Mallers’ speech at Bitcoin 2022. According to the executive, the partnership will be beneficial for all parties and also for the global adoption of BTC.

“We are proud to partner with Shopify to provide merchants with a cheaper and faster way to accept dollars using Bitcoin. The Lightning Network is a global payments network that reduces costs, increases speed, drives innovation, improves financial inclusion, and brings choice to consumers and merchants.”

Mallers also revealed that the service will be accessible to Shopify users from anywhere in the world. To use it, you just need to have a BTC wallet with LN support, such as Blue and Muun Wallet. Users of Block’s Cash App will also be able to use their LN wallet.

With this, Strike plans to accelerate the adoption of LN and BTC globally. But the announcement will still need time to have the desired effect by the company. So far, Los Angeles-based streetwear brand Warren Lotas is the only one that allows payments through LN. In addition to Shopify, Mallers also announced Strike’s partnership with the Blackhawk Network alternative payment provider. The provider has 437,000 users between storefronts and partners, but serves big names like Facebook, eBay, Disney, Amazon, Visa.

If there’s been one technology that has benefited from Bitcoin 2022 announcements so far, it’s LN. The first announcement was from the Robinhood brokerage, which will support LN. The broker’s head of product, Aparna Chennapragada, made the announcement, but did not reveal a date for the integration. Also announcing support for LN was payment provider BitPay, which revealed the news earlier this week. What made the Shopify ad relevant was the size of the company. Founded in 2004 in Canada, Shopify has 150,000 merchants using the platform, with a total volume exceeding $8 billion. A large audience and volume that will have in BTC a new alternative to trade. Read also: NFTexp auctions NFTs from the movie ‘Detectives do Prédio Azul’ in partnership with Paris Filmes Read also: WeChat, WhatsApp from China, adds support for payments with Chinese CBDC Read also: Cash App launches service that allows you to invest part of your salary in Bitcoin Previous Article How to delete messages and history in Telegram? 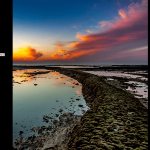 Next Article Best Alternatives to Windows Photo Viewer in 2022

Ethereum (ETH) close to negative for 2019

Believe it or not, Ethereum (ETH) was one of the best performing cryptocurrencies of 2019. The keyword here is was. Ethereum, at one point in […]

Cryptocurrency exchange data, obtained from Google Trends, Twitter, and Baidu, indicates that the recent drop in the Bitcoin price hasn’t halted people from searching for […]

Paul Tudor Jones told CNBC on Tuesday that cryptocurrency is attracting the best talent in the world today. This includes “the smartest and brightest minds” […]