The newly elected president of South Korea, Yoon Suk-yeol, will become president in May. He is a strong supporter of cryptocurrency and is even looking into banning ICOs. He also has his own NFTs. He has promised, among other things, a tax break on cryptocurrencies and the approval of Initial Coin Offerings (ICOs), where investors can buy the first coins of a project, reports Nikkei Asia. Will South Korea be the new Bitcoin paradise? A member of the conservative People Power Party, Yoon has also pledged – in addition to approving ICOs – not to tax cryptocurrency trading profits. This would apply to an amount of 50 million won (£38,337). In this way, crypto earnings are charged in the same way as equity earnings.

South Korea’s new president is especially popular with cryptocurrency owners because of certain election promises. For example, he promises to increase the tax-free crypto asset limit from $2,000 to $40,000. A nice bonus for many South Korean owners of Bitcoin or other cryptocurrencies. That promise would make South Korea the world’s largest cryptocurrency tax haven. Additionally, South Korea’s new president is exploring options to reverse the ban on Initial Coin Offerings (ICOs). A movement that caused a lot of division in the country. Due to the many scams, ICOs were banned in South Korea in 2017. An ICO is a form of crowdfunding to raise capital using cryptocurrencies. You buy digital tokens in the hope that the project will be successful and its demand and value will increase in the future. Very risky, as the project is only launched when the funding target is reached.

With the current ban on ICOs and tax-free profits moving to $36,650, cryptocurrency investors have a lot to be excited about. South Korean crypto startups no longer need to move to countries like Singapore if they want to organize an ICO. “With ICOs now banned, we have no choice but to issue coins in Singapore and other countries. Ventures and startups will be able to easily raise money from investors if the ban is lifted,” said the secretary general of the Korea Blockchain Association.

Currencies rose after the loss of the current president

Suk-yeol, 61, campaigned strategically, targeting young voters during the election. He is very fond of non-fungible tokens and during his election campaign he even launched his own NFT collection. The election victory was a historic neck-and-neck race. Suk-yeol defeated his Democratic rival by a narrow margin. South Korean currencies rose sharply after the president’s gains. Current president Moon Jae-In has taken a hard line against cryptocurrency exchanges. They could no longer accept South Koreans as customers as of September 2021. Also, there was virtually no clarity on the cryptocurrency tax. That will change now, if we believe in Yoon’s promises.

However, these plans can still be interrupted. That’s because multiple parties need to give approval, according to news platform Nikkei Asai: “Yoon may implement some of his cryptocurrency policies, but his ‘no tax’ pledge needs the National Assembly to review a tax bill. The legislature will also need to pass a bill to create an agency to regulate digital assets.” The news platform says that this requires the cooperation of the Democratic Party of the current president, who was therefore not such a fan of cryptocurrencies. This party has a 300-seat majority in the legislature.

Will the promises be kept?

Cryptocurrency news was boosted by Yoon’s earnings. But whether her promises come true depends on several factors. The enthusiasm was reflected in cryptocurrency prices, including the South Korean ICON (ICX), which rose 60% in the hours after the election. However, it can happen in another way if a third party thwarts Yoon’s plans. Starting in May, when Yoon joins, we will hear more about the promises of this cryptocurrency president. 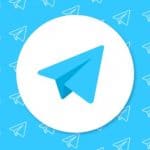 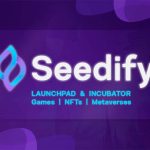 Stellar is a platform with a mission to connect payment systems, people and banks. This platform enables money to move directly between people, companies and […]

Coinbase on Nasdaq. //Reproduction Coinbase, the cryptocurrency broker, arrived noisily at Nasdaq raising about 100 billion dollars or the equivalent of more than half a […]

Non-fungible token (NFT) technology emerged in 2017 but has spent nearly three years out of the spotlight. In the meantime, virtually no new collection has […]

How to use STAT to maximize your keywords?