Should I buy Solana? 5 things you should consider

Solana is a leading blockchain project that seeks to become a leading player in the industry. It was started in 2019 and managed to raise over $335 million from venture capital firms. SOL, its native token, has become one of the largest cryptocurrencies with a market capitalization of over $33 billion. So here are the top five things to consider when buying Solana.

Solana is an Ethereum Killer

Ethereum is a leading blockchain project that aims to become the platform for blockchain developers. It has become an influential platform that has been used to build some of the most popular platforms in the industry. Some of the most well-known blockchains built using Ethereum are Decentraland, Aave, Axie Infinity and Uniswap. Ethereum is known for its inefficiency. As a second-generation platform, applications built using the network have slow speeds and high costs. For example, the average transaction cost on Ethereum is over $20, which is a high figure for most people. Worse, as a proof-of-work platform, Ethereum is energy-inefficient as it costs around $2.5 a day to mine Ether. So Solana is trying to create a platform that is significantly faster, more cost-effective and energy efficient. While Ethereum handles less than 20 transactions per second, Solana is capable of handling more than 2,000. Solana is also environmentally friendly as it uses a technology known as proof-of-stake that relies on validators. Most importantly, Solana’s transaction cost is significantly lower considering it costs around $0.00025 per transaction. Therefore, many developers are opting to use Solana in recent months.

The Solana ecosystem is growing

The next important thing you need to know is that the Solana ecosystem is growing as developers look for alternatives to Ethereum. In recent years, the number of applications that have adopted the network is on an upward trend. Some of the applications that use Solana’s network are well known. For example, Brave Brower uses Solana to power its Basic Attention Token (BAT). Brave is a popular browser used by over 50 million people worldwide. The browser pays its users to see ads when browsing the web. Audius is another app that has embraced Solana. It is a music streaming platform that seeks to become a leading alternative to Spotify, Apple Music and Amazon Music, among others. Audius allows independent musicians to earn money whenever people listen to their music. Solana was also used to create StepN, a leading app that is revolutionizing the fitness industry. Users first buy NFTs and then get paid using the GMT token. StepN’s market value has grown strongly in recent months. Altogether, Solana has been used by developers building all sorts of applications. According to DeFi Llama, the network has a Total Locked Value (TVL) of over $6 billion. This makes it the fifth largest platform in the industry after Ethereum, Terra, BNB Chain and Avalanche.

If you want to buy Solana, need to know that the network is facing stiff competition as more developers seek to dethrone Ethereum. There are many projects like this. Solana’s biggest competitor is Ethereum itself. Although Ethereum is known for slow speeds and inefficiency, its developers are building Ethereum 2.0. The aim is to transition Ethereum from a proof-of-work network to a proof-of-stake network, which means that transactions will be confirmed using validators instead of mining. Furthermore, Ethereum will adopt a technology known as sharding that will make your transactions much faster. So there is a likelihood that more people will stick with Ethereum. Second, Solana is facing competition from platforms like Terra, Avalanche, Polygon, Cronos, Fantom, and Tron. Some of these platforms have faster speeds than Solana. For example, Avalanche is capable of handling over 4,500 transactions per second. Likewise, Kadena is capable of handling over 480,000 transactions per second, even using a proof-of-work engine. So Solana will likely struggle to compete for years to come as the industry gets crowded.

While Solana is a decentralized platform, the reality is that it uses multiple centralized platforms like Amazon and Cloudflare to work. So when there is an outage on these platforms, Solana and applications hosted in its ecosystem tend to be affected. Last year, Solana suffered around 6 outages, the most in the decentralized industry. For example, in January, he experienced an outage that took him offline for days. The impact of these outages is that many developers have now chosen to adopt other platforms to build their apps. Furthermore, the total amount of money wagered on Solana shows a downward trend. Total blocked value (TVL) has dropped from an all-time high of $14.9 billion to around $6 billion.

Solana has been a strong blockchain platform in recent years. It has become one of the most traded currencies in the world. According to Staking Rewards, Solana, worth over $30 billion, was held by stakers. This is a significantly strong amount. However, with competition in the industry increasing and the total value locked into the network decreasing, Solana faces an uncertain future ahead. Its future will depend on how quickly developers improve the network. You can check out some of the best cryptocurrency apps to buy Solana. Previous Article Do GPUs wear out from heavy use? 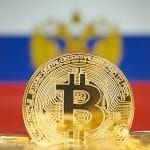 Next Article Russia completes bill that will regulate cryptocurrencies

Bitcoin (BTC) Bitcoin’s (BTC) daily Ichimoku chart shows Bitcoin sitting in a precarious position. Price is sitting right on top of the top of the […]

NFT Imposter: Learn all about the new game that will leave you craving!

The new blockchain and NFT-based game coming to the market is called NFT Impostor. Did it remind you of anything? If the addictive Among Us […]

ApeCoin cryptocurrency. Will the APE price return to an increase?

After a boisterous March and even better results for April 2022, the price of the Apecoin cryptocurrency returned to its starting point, […]