Should I buy Gala? 3 things to consider

The gaming industry has seen strong growth in recent years. The industry is largely dominated by big companies like Microsoft and Take-Two Interactive. These companies generate billions of dollars every year through game purchases, subscriptions, and microtransactions. Gala Games is a blockchain project that seeks to revolutionize the gaming industry. In this article, we will see the main thing to consider when buying the GALA token.

Most of the games being played today are centralized in nature. That means the developers make all the decisions and all the money. They are also profit-oriented, which means their motivation is to make as much money as possible. As a result, most gamers hate their game providers. For example, EA Sports, owner of the FIFA franchise, is one of the most hated companies in the world. So Gala Games hopes to change that by creating a platform where developers build their games and let people play them mostly for free. The network is owned by its members who hold the GALA token. There are two main ways to buy the GALA token. First, one can buy it from a centralized exchange like Coinbase and Binance. Alternatively, you can own and run a node. As a node operator, you will receive daily distributions from the network. Gala Games users have already developed popular games. Some of the main games on the platform are Spider Tanks, The Walking Dead, Legends Reborn, Town Star and Mirandus, among others. Developers are continually building more games in the ecosystem. GALA currency is used both for governance in the Gala ecosystem and for making purchases in the ecosystem. It has a market cap of over $1.2 billion, making it the fourth largest gaming currency in the world after Axie Infinity, Decentraland and Sandbox.

Gala is a leading player in NFTs

Finally, Gala has become a leading player in the non-fungible token (NFT) industry. The idea behind this is a bit simple. Using your platform, people can mint their own NFTs and then sell them on your marketplace. Most of the NFTs in the ecosystem are from existing games like TownStar and The Walking Dead. Transactions in this ecosystem are handled using the Gala token. In 2022, the Gala Games platform will alleviate some of the ecosystem challenges by launching its own product, known as Gala Chain. The chain will become an integral part of the ecosystem, reducing the overall cost that people pay on the network. It will also make it easier for people to create their own games in the ecosystem.

Gala is a good investment?

The Gala coin has been a bad investment in recent months. Its price has dropped more than 80% from its all-time high. This has happened even though its overall ecosystem has grown rapidly this year. This performance is in line with other gaming tokens such as Decentraland and Sandbox. In my opinion, I expect the price of GALA to continue rising over the next few years as the ecosystem’s growth continues. 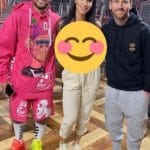 Being a pioneer in “something” is one of the goals that many of us pursue. That “something” can be a social movement, a new artistic […]

Cryptocurrency investors are holding on and buying more Bitcoin as the halving event remains only a few days away. Bitcoin is Overbought Recent data suggests […]

Why take a microcredit and how to contract it

If you need to carry out a small reform at home, if you want to buy a gift or simply go on that well-deserved vacation, […]