Should I buy Ethereum? 5 things you should consider

There are thousands of cryptocurrencies in existence today. CoinGecko tracks 13,000 of them, while CoinMarketCap follows more than 18,000 of them. Ethereum is the second largest with its market cap of over $367 billion. It is also one of the most popular cryptocurrencies globally. So, if you are wondering whether to buy Ethereum, here are the top things to consider.

Ethereum is in transition

One of the most important things you need to know when investing in Ethereum is that it is going through a transition. For starters, Ethereum is a proof-of-work (PoW) platform that allows developers to build their blockchain projects. As a PoW cryptocurrency, it means that all coins are generated through mining. As with Bitcoin, this process is often very expensive and inefficient. Therefore, developers are currently working on ETH 2.0, which will transition to become a proof-of-stake (PoS) network. The purpose of this transition is to make it faster and more energy efficient. Instead of using complex miners, the system uses validators to verify transactions. The transition process is underway and analysts expect the merger between Ethereum and the Beacon chain to take place in the third quarter of 2022. Therefore, the price of Ethereum is likely to continue rising for and after the merger.

Ethereum will have sharding mechanism

Another thing you need to know about Ethereum is that the network will adopt the sharding mechanism. Sharding is a technology first introduced by Zilliqa. The idea is relatively simple. Instead of network processing blocks in all sizes, it breaks them down into smaller chunks known as shards. The purpose of using sharding is to make a blockchain network significantly faster and highly scalable. As a result, sharding will help increase your overall network speed from less than 20 transactions per second (tps) to more than 1,000. Zilliqa, the first network to adopt sharding, now has over 2,500 tps. Other networks like Near Protocol and Elrond that use sharding handle thousands of transactions per second. This sharding mechanism will be integrated into the network after the merger of Ethereum and the beacon chain takes place in June this year. Therefore, there is a likelihood that the network will see more activity after the merger takes place.

Ethereum is handling the competition well

If you are considering investing in Ethereum, it is important to note that the network is facing stiff competition. It is seeing substantial competition from other blockchain networks that have better speeds, lower costs, and more interoperability. There are many blockchain projects that aim to become the default platform for developers. In general, there are two main types of these networks: tier 1 and tier 2. Tier 1 is a project built from the ground up to help developers build applications. Examples of these networks are Avalanche, Solana, BNB Chain, Cronos and Near Protocol, among others. Layer 2 networks, on the other hand, are built with the aim of accelerating and supercharging the speeds of Ethereum applications. They are simply sidechains that use Ethereum but transact outside of Ethereum. Some of these networks are Polygon, Mine Protocol, Immutable X and Loopring, among others. However, while Ethereum faces a lot of competition, it has managed to maintain a market share. A good example of this is the decentralized finance (DeFi) sector. DeFi is an industry that is trying to disrupt traditional finance by introducing products like lending, investing, and trading. Some of the most important apps built using Ethereum are AAVE, Curve, and Uniswap, among others. Ethereum has a Total Locked Value (TVL) of over $116 billion. This means that it has a market dominance of 55.3%, considering that all DeFi apps have a TVL of over $211 billion. Ethereum also has a leading market share in the NFT industry. While there are many blockchain platforms in the industry, it has a dominant lead. For example, it was used to build the world’s biggest NFTs such as Bored Ape Yacht Club, Mutant Ape Yacht Club, Imposters Genesis Aliens, CloneX, and Cryptopunks, among others.

Ethereum is offered by most exchanges

Another thing to know when you want to buy Ethereum is that it is one of the easiest currencies to buy. This is because it is widely offered by many exchanges and financial platforms. For example, Ethereum is provided by all exchanges, from well-known brands like Coinbase and Kraken to smaller brands like CEX and Gate. Second, it is offered by various online wallets like PayPal, Skrill and Revolut. All you need to do is have money in your account and then execute the trade. In most cases, the process of purchasing and storing the currency will take less than 5 minutes. Third, you can buy Ethereum using one of the most popular forex and CFD brokers. These companies allow you to buy digital currencies using leverage. A CFD is simply a financial asset that tracks the price of Ethereum.

You can stake Ethereum 2

Finally, like many other proof-of-stake tokens, it is possible to bet on the second version of Ethereum. Staking is a process of purchasing a cryptocurrency and delegating it to one of the validators. So you will earn some money every month. According to Staking Rewards, investors have staked on Ethereum worth more than $32 billion. They are earning an APY of around 8%, making it a good investment. 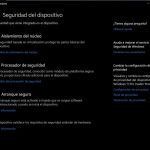 Previous Article What to do if Windows 11 does not detect the printer?

Next Article Sharenting: what is it and what are the dangers of sharing photos of children on social networks

Dubai-based cryptocurrency exchange BTSE is exploring a potential token sale in which it seeks to attract $50 million to its coffers. BTSE is looking to […]

The year 2021 was an extremely successful time for the Cognor company, which resulted from very high steel prices, Konrad Książak points […]

The cryptocurrency market has continued to bleed for the second straight day. Bitcoin has steadily declined…