Senator Says Left Hates Bitcoin Because It Can’t Control It

Ted Cruz, a US Senator, attended the CPAC (Conservative Political Action Conference) event and took the opportunity to deliver a pro-Bitcoin speech while criticizing the stances of Canada and China. With his speech being broadcast live by Reuters, Cruz pointed out that some values ​​Bitcoin possesses, such as freedom, are pillars that built the US and made it the power it is today. Going further, the senator even reads a response letter from a Bitcoin wallet to the government of Canada that had asked it to freeze the funds of its users.

“We need to decentralize, one of the reasons I am confident in cryptocurrencies, in Bitcoin, is because it is decentralized and not controlled by… Let me give you an example…”

Following, Cruz names the Canadian minister and the audience quickly boo Justin Trudeau. After the reaction of his electorate, the US senator points out how Trudeau acted as a dictator.

“[Ele] said: I don’t like some truckers, so we will confiscate their assets.”

However, Cruz points out that the Canadian government also tried to confiscate cryptocurrencies that were being donated to Protestants. However, they were not very successful due to Bitcoin’s basic characteristic, being an anti-censorship asset.

Response letter from a Bitcoin wallet to Canada

Pointing out the ignorance of Canadian rulers, Ted Cruz pulls a letter out of his pocket and begins reading it. Such a note was sent by the Nunchuk wallet, in response to requests to freeze truckers’ bitcoins. “Dear Ontario Superior Court of Justice, Nunchuk is a self-custody Bitcoin wallet. We are a software provider, not a financial intermediary. Our software is free to use. It allows people to eliminate single points of failure and store bitcoin as securely as possible while preserving their privacy. We do not collect any user information other than their emails. We don’t have any keys. Therefore: We cannot “freeze” our users’ funds. We cannot “prevent” funds from being moved. We are not aware of the “existence, nature, value or location” of our users’ assets. That’s a pattern. Please take a look at how self-custody and private keys work. When the Canadian dollar loses all its value, we will be here to serve you too. Sincerely, the Nunchuk team”
Nunchuk’s response to the Ontario Superior Court of Justice. Source: Reddit.

Finally, the senator elected by the state of Texas also fired criticism at China. On the occasion, he explained that the freedom that Bitcoin offers was one of the reasons why China banned it.

“The Chinese Communists and Elizabeth Warren (US Senator) both want to control you, your assets, your savings, your speech, your life, your children.”

Reinforcing his rant, he took to Twitter to say that the “left hates Bitcoin because they cannot control it.”

One of the reasons I’m bullish on #Bitcoin is because it’s decentralized. The Left hates Bitcoin because they can’t control it. #CPAC2022 pic.twitter.com/D4PYNacNBZ
— Ted Cruz (@tedcruz) February 25, 2022 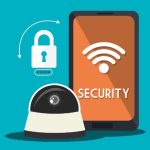 How to create content that ranks well on Google

Where a web page ranks in the Google search page (SERP) has a huge impact on the amount of traffic it receives. The higher it […]

Where to buy BinaryX: BNX price triples and beats ATH

The cryptocurrency market is pressured, all major cryptocurrencies are falling last several weeks and according to current market sentiment, this trend is not over yet. […]