Russia will not ban cryptocurrencies and considers regulating market

A working group in the Russian parliament argues that there should be “mechanisms” to control cryptocurrency transactions.

Regulation instead of ban

According to Russian sources, a working group of the State Duma, the lower house of the Russian parliament, expressed its support for regulation rather than banning bitcoin and other cryptocurrencies altogether. Russian Finance Minister Anton Siluanov is one of the biggest and most prominent supporters of cryptocurrencies in Russia. According to him, banning cryptocurrencies would be the equivalent of banning the internet and would be “impossible”.

The announcement came amid ongoing discussions between the Central Bank of Russia (CBR) and the country’s Ministry of Finance. They cannot agree on how Russia should handle crypto and regulation in the future. The article states that around 50 experts participated in a State Duma panel session called “On the Issues of Regulation of Cryptocurrencies”. The panel concluded that “effective and transparent” regulation of digital assets was preferable to a complete ban, albeit with mechanisms to “monitor cryptocurrency transactions”.

Who can hit harder?

As noted in the article, the main takeaway is the working group’s support for the Treasury Department’s regulatory approach, as opposed to the CBR which seeks even tighter restrictions on cryptocurrencies. In January, the Central Bank of Russia announced a proposal to ban cryptocurrency mining and promote the yet-to-be-developed CBDC, a Russian digital currency. The Treasury Department was quick to respond with its own proposal, saying that digital assets should be treated the same as fiat currencies in terms of regulation.

Little or no freedom

It is now quite obvious that investors are behind the Ministry of Finance, but any regulation can also be very stifling. In order to be able to invest in cryptocurrencies, consumers must pass a test and, of course, pass well. This shows that they have enough knowledge of cryptocurrencies. In addition, they cannot invest more than 600,000 rubles a year in cryptocurrencies, which is equivalent to 5,700 euros. If this is really implemented, you know for sure that the next bull run will not come from Russia, especially if the ruble continues to fall.

What does Putin want?

The ministry’s bill suggests giving cryptocurrency investors at least some freedom. In fact, the central bank has once again proposed declaring cryptocurrencies illegal in any way and issuing fines to anyone who does anything with them. Maria Stankevich of cryptocurrency exchange EXMO provides some context: “Lately, the situation of cryptocurrency regulation in Russia is reminiscent of a circus. First the central bank wants to ban everything, then President Vladimir Putin says he wants something different and a good bill comes out, prepared by the Ministry of Finance.”

In addition to this limitation, the Russian Ministry of Finance continues to borrow policies from other countries as many other nations are miles ahead in terms or regulations and Russia cannot lag behind. For example, all cryptocurrency companies must have a strict KYC (Know Your Customer) policy and companies must obtain a license and be included in a cryptocurrency registry. It is not yet clear which government agency will handle this. 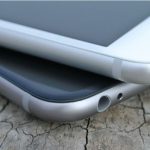 Previous Article How to unlock your iPhone with iCloud 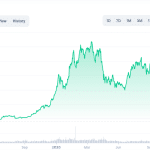 Next Article Coronacrash turns two years old; Bitcoin price has appreciated 1,200% since then

Norway is one of the biggest global oil producers, but the country has excelled in another type of mining. According to a recent report by […]