After controversies and disagreements, the Russian Ministry of Finance has reportedly finalized its bill that will regulate cryptocurrencies in the country and is ready to implement it soon. According to local portal Kommersant, which had access to the document, the legislation contains a detailed regulatory framework and addresses, above all, mining and the circulation of crypto assets. The project also introduces the concept of professional and non-professional buyers.

For experts, the document opens up new opportunities for miners who need to get out of the gray zone in Russia. However, it is believed that the new legislation could bring investors to this area. That’s because the requirements for commercial operators seem excessive. In addition, the project introduces several requirements for user identification, accounting and certification.

“According to the draft law, digital currency can be accepted ‘as a means of payment other than the currency unit of the Russian Federation’, as well as an investment, while there should be no personal obligations towards them,” said the portal.

Also according to the project, exchange operators (with a minimum capital of 30 million rubles – BRL 1.69 million) and operators of trading platforms (at least 100 million rubles – BRL 5.6 million) will be able to organize the circulation of virtual currencies. According to the project, the former will carry out the purchase and sale of cryptocurrencies “in its own name and at its own expense, publicly announcing the prices”. Meanwhile, the second will hold organized auctions.

Both entities will have to present annual reports on their activity. In addition, they must approve internal control and auditing requirements, creating an autonomous structural unit. Only companies based in Russia can apply for the role of digital asset operators. Foreign organizations will have to obtain a license to operate in the country, forming a subsidiary. As blockchain lawyer Mikhail Uspensky has pointed out, the requirements for operators are “extremely exaggerated”. In this way, only the largest financial institutions in the country will be able to comply with them. According to Chen Limin, Head of Trading Operations at the ICB Fund, Binance could become a likely candidate to land in Russia. That’s if “the forthcoming sanctions don’t directly prohibit her from working with the country as a whole.” Also according to the project, cryptocurrency traders will need to be identified. And both traders and banks will have to carry out compliance procedures and report suspicious transactions.

As far as cryptocurrency mining is concerned, data centers can be provided for this activity if they are owned by a Russian legal entity. Taxation will be defined separately. As Andrey Tugarin highlighted, Russia is an attractive jurisdiction for mining. That’s because it has cheap electricity. Thus, the legalization of the activity will increase the demand in the country. Also read: Montenegro targets cryptocurrencies and gives citizenship to Vitalik Buterin from Ethereum Read also: Cardano founder wants to build decentralized Twitter with Elon Musk 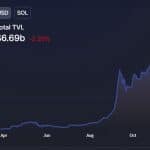 Previous Article Should I buy Solana? 5 things you should consider Next Article The strong characters of One Piece: Burning Blood

Ethereum’s much anticipated hard fork dubbed Istanbul was completed at block 9,069,000. The upgrade bolsters the Ethereum network closer to greater scalability and is a […]

In this day and age of digital assets, security and protection are prime issues. Even companies as large and technologically advanced can be easily scammed […]

The WAVES cryptocurrency was one of the big highlights in the last 30 days. While the price of other cryptocurrencies fluctuated or even dropped in […]

The topic of cryptocurrencies continues to make its way into the mainstream. Most recently, CNN featured Brad Garlinghouse, CEO of blockchain-fueled cross-border payments startup Ripple, […]