The last theory shared by the author of the book “Rich Dad, Poor Dad” is related to the increase in product prices. According to Robert Kiyosaki, to profit from inflation he bought Bitcoin, silver and even a gold mine. Many people still haven’t protected themselves against inflation, even with the world indexes of the last few months being alarming. In Brazil, for example, the inflation rate measured by the IPCA is 10.38% in the last 12 months, which is information that can give investors an idea of ​​how much purchasing power has been lost. In Europe, the bloc’s main economic country, Germany, saw its 10-year break-even inflation rate jump to more than 2.4%, a record for the measure. To try to contain the problems, the European Central Bank meets this week. In the United States, on the other hand, the rise in inflation is already worrying and exceeds 7% in the last 12 months, an indication that recent money printing has caused anomalies in national currencies, which have lost a lot of value. The biggest problem with all of this is that countries have a large amount of fiat currencies from other territories in their store of value, and they are also losing value in this field. With this, the trend is that commodities and scarce items are the choice as inflation protection more and more.

As another of his public teachings to his followers, Robert Kiyosaki declared that inflation is his fight now, as he worries about the monetary policies of governments and central banks around the world. And the new idea he shared, he intends to teach people “how to profit from inflation”, a measure unknown to many, but which erodes purchasing power. In his Twitter address, he accused President Joe Biden of wanting inflation, although he did not comment on why he believes it. In any case, he said he countered a widespread price increase by investing in Texas and North Dakota Oil, a US oil company. By investing in the Texan state, he has made it clear that he buys apartments in the territory, indicating that he is distributing his investments in real estate and stocks in commodity-linked companies. Back in the state of Utah, the author of Rich Dad Poor Dad revealed that he bought a gold mine, now added to his investments. To end his teaching against inflation, he advocated that people have store of value in Gold, Silver and Bitcoininvesting like a capitalist to protect wealth.

“HOW TO PROFIT FROM INFLATION. Biden wants inflation. I counter your criminal actions by investing in Texas and N. Dakota OIL. I just bought a GOLD mine in Utah. Investing in Texas Homes. Reserve in GOLD, SILVER, BITCOIN. Invest like a CAPITALIST.”

HOW TO PROFIT FROM INFLATION. Biden wants inflation. I counter his criminal actions by investing in Texas and N. Dakota OIL. He just bought a GOLD mine in Utah. Investing in Texas APARTMENTS houses. Saving GOLD, SILVER, BITCOIN. Don’t be a BIDEN victim. Invest like a CAPITALIST. — therealkiyosaki (@theRealKiyosaki) March 5, 2022

His most famous book is a bestseller in finance, and he has been known and recommended for years by finance experts around the world. 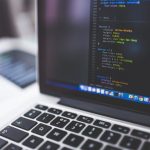 Next Article Shockwork Games SA will change its name to Metaversum SA In the plans of NFT and metaverse!

Recently, a utility token project focused on the minerals market, held the first AMA in Latin America in the metaverse. The company behind Pepita (PEPITA), […]

Crypto market bleeds as support fails While the move today was anticipated, it is nonetheless an important event and equally important to analyze. Cryptocurrency investors, […]

The increase in demand for cryptocurrencies has seen a leading Australian regulated micro-investing app add the Bitcoin investment option for its users. Raiz Adds Bitcoin […]