In Paraná, the week started with an effort to combat financial crimes using cryptocurrencies. The Federal Police of Paraná carried out on the morning of this Monday (21), an operation specialized in the investigation of the practice of crimes against the popular economy and the financial system. The operation of the authorities, named Operation Bad Bots, aims to focus on combating crimes such as embezzlement, money laundering and gang formation. The operation was carried out against a couple, the principal investigator and his companion, accused of creating a company that offered cryptocurrency services to the public. The couple allegedly offered, through an electronic portal and different websites, the promise of guaranteed profits and even daily and monthly remuneration, all above the common market. The operation involved 15 federal police officers who served in Medianeira and Missal, in western Paraná, a warrant for preventive arrest, a warrant for temporary arrest and three search and seizure warrants, all warrants issued by the 9th Federal Court of Curitiba. The name of the operation “Bad Bots” comes from the nature of the alleged coup applied by the investigated. According to information gathered during the investigation, the defendants promised that investors’ money would be operated by robots in the cryptomarket, generating automated profits with the alleged daily trades. Like other scams of its kind, the promise was of exorbitant profits after the final period of the contract made by the customer. Because of the profits displayed on the platform, many of the customers were compelled to renew and maintain contracts, renewing services.

Possible pyramid began to collapse and payments were blocked

In addition to the exorbitant profits, the scheme also promised payment of various advantages and bonuses for those who referred new investors, with multipliers for those who managed to refer up to three people. There was also the promise of different prizes for those who “leveled up” by accumulating points for referrals and payments. This is an extremely common tactic of different financial pyramids that took advantage of Multi-Level Marketing strategies to attract more and more people to the base of the scheme. According to investigations, after a while, when customers asked for withdrawals of invested amounts, the company did not pay, possibly because both the income and cash on hand were fictitious. With withdrawals being blocked, customers began to complain, first with the company and eventually with the authorities, which led to the operation triggered this Monday. During all the investor complaints, the investigated began to blame different problems for the lack of payment, mainly blaming third parties for having harmed the company. Another very common defense tactic among cryptocurrency financial pyramids. The company was headquartered in Curitiba, but after the lawsuits and the beginning of investigations, the accused fled the capital. However, the Federal Police found the two living in western Paraná, where the warrants from earlier this week were carried out. 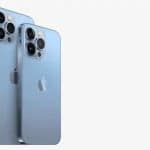 Next Article The new Witcher from CD Projekt is only 5 years away, claims Albert “Longterm” Rokicki

Run out of money to buy Bitcoin? See how to get around the problem

Many people who want to buy Bitcoin, either to try out the technology, or to keep it as a long-term reserve, end up blaming the […]

It has been reported that in the U.S, prosecutors have charged three men for being involved in a cryptocurrency fraud scheme that amounted to a […]

How to fix translucent box on screen in Windows 11?

Windows 11 users have commented on forums and social networks that, for no reason, a kind of transparent or translucent box appears on their screen, […]

The beginning of the new month is mixed – will the indecisiveness on the dollar dominate the next weeks? A continuation of the downward trend […]