On Monday (21), the Federal Police launched an operation that resulted in the arrest of a couple who promised high returns with investments in cryptocurrencies. More precisely, the investigated were selling a “robot trader” of digital currencies over the internet. It is estimated that, through the alleged coup, the couple injured more than 3,000 victims in the national territory in more than R$ 6 million. one preventive arrest warrant, one temporary arrest warrant and three search and seizure warrants in Medianeira and Missal, in western Paraná. All warrants were issued by the 9th Federal Court of Curitiba/PR. The purpose of the action, according to the PF, was to investigate the practice of crimes against the popular economy and the national financial system, such as embezzlement, money laundering and conspiracy.

According to investigations, in 2019 the couple set up a company in Curitiba/PR, whose name was not revealed. Then they started to offer cryptocurrency trading services over the internet. The promise was of daily and monthly remuneration well above those practiced by the market. The company’s customers were induced to believe that by contracting the services, automated robots would be responsible for the daily trade of crypto-assets, operating the values ​​applied by the customers. After the period determined in the contract, customers should renew the service or close the business, requesting the withdrawal. To convince customers that the business was profitable, the couple displayed exorbitant profits on the electronic platform. Thus, it was common for victims to choose to renew the plan instead of withdrawing the alleged profits. In addition, those investigated promised customers a multiplication of gains in case of referral of new investors, with a bonus offer if they managed to refer three new people to the company. Still, the couple promised trips and luxury items and goods, in case customers accumulate points with services and referrals. On social media, the two boasted a life of luxury, displaying high values ​​in cash and luxury cars.

Also according to the PF, when clients tried to withdraw capital and the supposed profits obtained, they could not. Then, they contacted the couple who gave the most diverse justifications, attributing the problems to third parties. Thus, after accumulating extrajudicial and judicial demands, the couple closed the company and left Curitiba. After the investigations, the police discovered that the investigated took up residence in the west of the state of Paraná. There, they acquired commercial establishments to possibly launder the money obtained in the scams. It was also identified that the investigated started to use another name and to carry out intermediary financial transactions of third parties. According to the PF, the objective was to hide the authorities’ movements. “The court orders carried out today aim not only at the cessation of criminal activities, but also at elucidating the participation of all those investigated in the crimes under investigation, as well as asset tracking to enable, even partially, the repair of the damages caused. victims,” the PF said in a statement. Also read: $2.6 billion in BTC left cryptocurrency exchanges in March 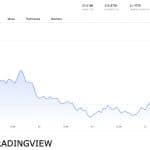 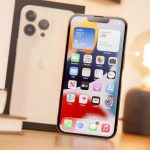 Next Article The best mobile phones of 2022

The cryptocurrency market is again under the pressure and it is important to say that the price of Bitcoin is very close to $8 000. […]

Billionaire Mike Novogratz has come down to earth about the crypto market. Novogratz, who is at the helm of crypto merchant bank Galaxy Digital, is […]