The company that owns the MetaMask wallet, Consensys, has raised BRL 2.3 billion in a new round of financing, indicating that it will be able to hire employees in Brazil. When capturing the investments, the company that led the round was ParaFi Capital, which had already invested in the business in Series C. A giant that also invested in Consensys was Microsoft, showing interest in the cryptocurrency sector, Web3 and the like. Other large companies participated in the new round that raised $450 million, such as Temasek, SoftBank Vision Fund 2, Anthos Capital, Sound Ventures, C Ventures, Third Point, Marshall Wace, TRUE Capital Management and UTA VC. What draws attention is that in Series C, US$ 200 million were raised, the latter being more than double.

By raising the amount equivalent to R$ 2.3 billion in its last round announced this Tuesday (15), Consensys has already disclosed what can be expected for the future. This is because all resources will be converted in the purchase of the Ethereum cryptocurrency, which will balance the company’s treasury against the company’s Dollar, according to a statement. In addition, the funding will have two important functions in the future of the company, one of them being the hiring of more blockchain programmers.

“Funding will support the hiring of more than 600 new employees worldwide and continued reinvestment in development and tools for the extended Ethereum ecosystem.”

In this way, it is possible that more developers will be hired in Latin America, with vacancies in Brazil already open. The MetaMask wallet, on the other hand, is expected to undergo updates, with a redesign expected by the end of 2022. Finally, the Infura tools will be expanded to several countries, showing that the leading development company Ethereum invests heavily in its growth and large companies are showing confidence. in motion.

Starting on March 11th, the Ethereum Rio event featured a workshop for MetaMask, when the Brazilian Product Manager, Bárbara Schorchit, presented concepts about the portfolio on the 13th.

Thank you @barbaraschor for hosting and translating this! 👏 The presentation was recorded by the @EthereumRio team and we’ll share it when it’s available. Thanks for joining us at #EthereumRio2022 and feel free to ask questions – we want to teach! 🦊❤️ 5/5 — MetaMask 🦊💙 (@MetaMask) March 13, 2022

And in addition to this Brazilian, soon others will be able to get involved with the MetaMask wallet and other Consensys products. As disclosed by livecoins in recent days, the company that owns MetaMask has opened seven job openings in Brazil. When disclosing its collection of billions of reais this Tuesday, the company recalled that one of the largest user bases is in Brazil, with people increasingly interested in DeFi, DAOs, among others.

“A global user base relies on MetaMask to mint and collect NFTs, join DAOs, and participate in DeFi protocols. The United States, Philippines, Brazil, Germany and Nigeria represent some of MetaMask’s most active markets.” 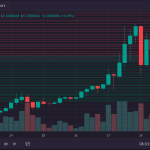 Where to place sports bets with cryptocurrencies

If you like sports and, in addition to enjoying watching it live or on television, you like to participate more actively by placing bets online, […]

There are certain games that can be said to be ageless. That’s what happens with the best playstation 4 kids games, that conquer teenagers and […]