NFTs Could Suffer Same Fate as ICOs in 2019, Executive Warns

The non-fungible token (NFT) market has been heated for the past two years. However, many still see these tokens as a big exchange. This is the case with Ryan Carson, COO of the PROOF Collective podcast, who warns: NFTs will have the same fate as ICOs did in 2019. ICO stands for Initial Coin Offering, an investment modality that exploded in 2018. Several projects regarded as revolutionaries raised money through ICOs. However, most of them turned out to be big scams, which tarnished the market’s reputation. As a result, ICOs were completely ostracized from 2019 onwards and today they are practically unheard of. For Carson, NFTs are at risk of following the same path – and this crash is expected to occur in the coming months.

Carson has a certain amount of experience to speak of. After all, PROOF Collective is a podcast that covers the NFT ecosystem in detail. In these coverages, Carson criticizes mainly the so-called play-to-earn (P2E) games. At first, the executive recognizes the exponential growth of several markets. He highlights that the flow of institutional and private wealth has increased among NFTs. Even the Decentralized Autonomous Organizations (DAO) have entered the fray, with several projects raising up to $100 million in investment. Games, digital arts and communities have grown up around NFTs. At the same time, projects such as The Sandbox (SAND) and Decentraland (MANA), which set records, generated commitment from their participants. Carson predicts that in the future, retail investors will be more selective about NFTs. That way, many will stop buying “quick win schemes” and focus on real value NFTs. And when that happens, the market will enter a huge down cycle.

One of the markets that was most impacted by the recent slump, Carson warns, was P2E gaming. According to him, the pessimistic moment reveals all the deficiencies and lack of viability of projects that do not necessarily have real-world demand. In fact, the bull market seen between 2020 and 2021 contributed to a high demand for gaming tokens. Suddenly, several platforms were launched offering daily earnings only for those who completed certain missions. This paved the way for lucrative opportunities for players and spawned an entirely new economy. Suddenly, gambling is no longer just a passive pastime and has become a multibillion-dollar industry. However, the beginning of 2022 brought a quite different situation. The biggest cryptocurrencies record consecutive drops, which also affected these games. Jason Choi, a partner at Spartan Capital, believes that the moment greatly harms the profitability of P2E games. As a result, most of these games – and their respective tokens – are expected to suffer huge losses, or even collapse altogether. A scenario identical to what happened with ICOs after the 2018 fever. Interestingly, that was also a year that started badly for the entire market. Read also: Bitcoin Analysis: BTC hits rock bottom Read also: Real Digital tests start in 2022, reveals Campos Neto Also read: TradingView Column: Looking at the reversal – optimistic analyzes

Previous Article The ruble collapsed, the dollar strongly up – the FX market’s reaction to the Russian invasion 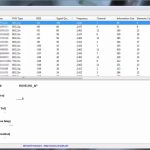 Next Article How to check the strength of a WiFi signal?

Minecraft: meet the mobs of the Nether dimension

Minecraft has different dimensions, each of them particularities, and one of the ones that most catches users is the Nether, “the underworld”, where different creatures […]

Goods of the “Pharaoh of Bitcoins” will reimburse victims of GAS, determines Justice

Clients injured by GAS Consultoria Bitcoin, owned by Glaidson Acácio dos Santos, the “Pharaoh of Bitcoins”, will be reimbursed with the assets of the company, […]

Today, the throne for high-end smartphones is very competitive and it is increasingly difficult to earn the place of honor, with competitors as serious as […]

BitMEX users are blaming bitcoin futures exchange BitMEX for a flash crash in the XRP cryptocurrency that cost them buckets of money. The crash, which […]