Today’s analysis of Bitcoin (BTC) will be utilizing an area of technical analysis known as Harmonic Patterns. They are often called Gartley Harmonic patterns, but in reality, we should be calling them Carney Harmonic Patterns. I say this for two reasons. First, the patterns are trademarked under Scott Carney’s name. The second, Carney’s work is hands down the most researched and respected – he’s created a brand new field of pattern studies. The two Carney Harmonic patterns that I would like to call your attention to are the Bullish Gartley and the Bullish Bat. One of these patterns has been completed, while the other has not – indicating a possibility of some lower prices.

To understand the strength of the Bat Pattern, it is essential to understand the criteria that must be met for it to be an authentic Bat Pattern. The B wave cannot exceed the 61.8% Fibonacci retracement of XA – Carney said that ideally, price B would end up at the 38.2% or 50% retracement level. C and be between 38.2% and 88.6% of the XA retracement and C cannot exceed A. The defining limit of D is the extremely powerful 88.6% Fibonacci retracement. As a quite side note, all of Carney’s Harmonic Patterns have stringent criteria that must be met for the pattern to be considered complete. This style of analysis is very, very objective and rules-based. D is the critical zone and is a range that Carney calls the PRZ or Potential Reversal Zone. While all harmonic patterns have significant strength attached to them, the Bat pattern is one of the most powerful. And I think Bitcoin’s daily chart with the Bullish Bat Pattern above shows just how powerful and responsive this pattern is. That brings us to the next Harmonic Pattern, the Bullish Gartley.

The Gartley Pattern is considered the ‘classic’ Harmonic Pattern. The name comes from the progenitor of Harmonic studies, H.M. Gartley, and his book Profits in the Stock Market. When Gartley originally published his work in 1940, it was devoid of any Fibonacci retracements. The book is more of a treatise on confirming Elliot Wave Theory. But the foundation of what we know as Harmonic Patterns, and the discoveries of those patterns by Carney, have their roots on page 222 in Gartley’s book, hence, why the Gartley pattern is sometimes described as the ‘222’ pattern.

Bitcoin’s Bullish Gartley Pattern above begins at the December 2018 and bear market low for Bitcoin and then extends to the swing high in June 2019. The ultimate culmination of this pattern ends at D (the PRZ) which is between the 5600 and 5400 value areas. Bitcoin would need to drop down to that price range for this pattern to complete. Will Bitcoin drop that low? It could. Weighing the strength of the Bat versus the Gartley is not a difficult one – the Bat pattern wins out by a long stretch as far as which pattern displays the most responsive price action upon reaching their respective PRZs. So while it looks like Bitcoin is responding positively to the Bullish Bat, vigilance is still the name of the game. 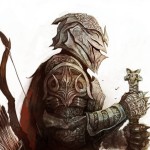 Jonathan is a Senior Forex, Cryptocurrencies and Financial Market Strategist. He specialises in market strategies and technical analysis. He possesses strong technical analytical skills and is well known for his entertaining and informative analysis of the currency and Bitcoin markets.