The crypto community had lots to celebrate after the bitcoin price surpassed the $10,000 mark over the weekend for the first time since October 2019. With bitcoin once again trading above the psychologically important $10k threshold, it is more likely to once again pique the interest of mainstream investors. Bitcoin has rallied nearly 50% since its 2020 low of about $6,850 in early January.

The crypto market has been waiting on pins and needles as the BTC price has been testing this level for days. With the bulls clearly having wrestled back control in February, it was only a matter of time before the BTC price reattained its 10k mantle. According to CryptoPattern’s Jon Pearlstone cited in Forbes, bitcoin will meet its next resistance at $10,500 and $12,500.

Meanwhile, bitcoin’s dominance has dropped below 64%, its lowest reading in months, giving altcoin investors a reason to cheer as well. Though North Carolina-based Marouane Garcon of crypto derivatives platform Amulet reportedly suggested that as bitcoin continues to rally, altcoin investors will begin dumping their bags to buy to BTC.

After the bitcoin price surpassed $10,000 on Feb. 8, market leaders were quick to weigh in. Morgan Creek Digital Partner Anthony Pompliano was among them, stating:

“This breakout is the real deal. Fundamental investment activity is backing this $10k breakout.”

VanEck’s Gabor Gurbacs, meanwhile, reminded investors that the BTC price is only getting started.

That’s not to say that bitcoin is on the radar of institutional investors everywhere. It’s not. According to a tweet by Patrick OShaughnessy OSAM Research, who boasts more than 90,000 followers on Twitter, the leading cryptocurrency still has a long way to go, saying:

“In 2017 when BTC hit 10k it’s all anyone would ask us about in business meetings. It hasn’t come up once in more than a year.”

Fundstrat Co-Founder Thomas Lee also weighed in, calling it a “good sign bitcoin is up 40% in the first months of 2020.” He pointed to tailwinds, such as the upcoming halving event plus “growth of fiat to crypto on-ramps” as “building.” The halving event is planned for May and historically has been a bullish event for the crypto market. Fundstrat’s Rob Sluymer is predicting bitcoin will trade in a range of $10,000 to $11,000 through the second quarter.

In addition, bitcoin appears to be benefitting from additional tailwinds as a result of the geopolitical tensions that are intensifying globally, most recently with the threat of the coronavirus that has gripped China and spread to other countries. Grayscale Investments Managing Director Michael Sonnenshein is quoted in Bloomberg as saying,

“There’s certainly a narrative in the investment community that Bitcoin is solidifying its place as a store of value, a flight to safety, inflation hedge.”

Crypto investors are hopeful that bitcoin will continue acting as a safe-haven in an otherwise volatile market during these times of heightened uncertainty and market dislocations. 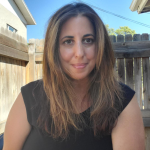