Nearly half of all Bitcoin (BTC) investors are at a loss, according to a survey conducted by IntoTheBlock. The survey analyzed data from 43 million wallets and their movements. According to the survey, 21.68 million portfolios have their operations at a loss. The value corresponds to 47.2% of all analyzed portfolios. Another 21.39 million addresses are still positive, which is 46.5% of the total. Data from IntoTheBlock takes into account the sharp correction in the price of BTC, which has lost 18% over the past seven days. As a result, the price of the cryptocurrency briefly hovered below $30,000, affecting the profitability of hodlers. Approximately 6.3% of the portfolios, or 2.88 million, are performing neutrally. That is, they recorded neither losses nor profits in their operations. On the other hand, the concentration of BTC in the hands of large investors reached 11%. According to CoinMarketCap, one BTC is trading at $31,457 at the time of writing. The value corresponds to a drop of more than 50% compared to the historic high of US$ 68,789, reached in November 2021.

The current percentage of addresses with losses is something rare in the history of BTC. In fact, this massive net loss has occurred only a few times over the past 13 years. Only four of these moments had any relevance. The first time was between late 2011 and early 2012, during the first major BTC price correction. At that time, the Mt. Gox was the target of yet another attack in 2011, which caused a collapse in the price of the cryptocurrency. Finally, in January 2012, BTC had plummeted from $17.50 to a mere $0.01. The second moment took place between 2014 and 2015, when BTC dropped from $1,100 to less than $200. There were several moments when portfolios with losses accounted for the majority of investors. The third wave came between December 2018 and January 2019, when the stock market experienced a sharp correction. Finally, the last such move took place at Coronacrash in March 2020, when BTC dropped from $8,000 to $5,385 in one day.

Moments when the addresses with losses (red) exceed the profitable ones (green). Source: IntoTheBlock.

The situation on the floor

Since the beginning of the month, there has been a huge inflow of BTC on exchanges, something that has not happened for months. That is, the number of investors willing to sell their BTC has increased. The increased inflow suggests that investors are looking to sell and exchange their BTC for stablecoins or fiat currency. This move likely contributed to accelerating the devaluation in price. Still, the big investors in the market are taking advantage of opportunities to buy cheap. In this sense, BTC investment vehicles registered a positive flow of US$ 40 million, a sign that investors are taking advantage of the market to invest in these products at reduced rates. Read also: Government zeros import tax on machines to mine cryptocurrencies Read also: NFTs collection devalues ​​70% after alleged creator link with rug pulls Read also: El Salvador makes its biggest purchase of Bitcoins and reveals Bitcoin City models 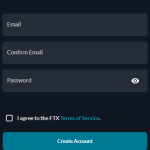 Next Article How to make a survey in Slack?

One of the main “arguments” used against Bitcoin (BTC) is that the cryptocurrency allegedly facilitates crimes. However, one of Switzerland’s biggest banks is accused of […]

Popular analyst Willy Woo said that Ethereum (ETH) encourages innovation despite the number of scams on the network. In a new interview, Woo said that […]

Who is the person on the ballot of the real?

Over the years, Brazil had several official currencies and with each government that entered, a new currency was instituted, but the great doubt of the […]