As of this Thursday (3), MB Digital Assets (MBDA), the tokenization unit of the 2TM group, will release the trading of Vila Tokens on the secondary market, which allows the purchase and sale between customers who acquired the asset in launch phase and those interested in obtaining them. It should be noted that this token is different from the club’s fan token, which, as CriptoFácil reported, was launched at the end of November on Binance. Village Tokens allow the investor to receive part of the proceeds from the sale of club players. In the secondary market, Village Tokens can be freely traded between their holders. This will give the crypto asset more liquidity and therefore tend to increase demand for it. According to Vitor Delduque, Director of New Business at MB Digital Assets, the token will be launched with an initial base value, but then it will fluctuate according to market demand.

“For this negotiation, the minimum amount will be R$ 50 (price tunnel) and its price will vary according to market supply and demand”, explains Vitor Delduque, Director of New Business at MB Digital Assets.

Mechanism of solidarity and gains

The Village Token is an asset based on the Solidarity Mechanism, a tool created by FIFA to assist clubs that reveal players. This mechanism provides for the payment of a portion of any transaction – whether final or on loan – to the club that formed the negotiated athlete. In this way, the club is remunerated for each transaction carried out, generating extra revenue. At the same time, the mechanism encourages the formation of new athletes, as well as rewards clubs with a great training history. In Brazil, several clubs already use tokenization to share part of these profits with fans. Santos and Vasco are the main examples. In this sense, the São Paulo team has an enviable list, with 12 players, formed by the base of Santos Futebol Clube who are part of this basket: Alan Patrick (Shakhtar Donetsk from Ukraine); Alex Sandro (Juventus de Turin, Italy); Caio Henrique (Monaco, France); Emerson Palmieri, (Olympique Lyon, France); Gabriel Barbosa (Flamengo, Brazil); Gustavo Henrique, (Flamengo, Brazil); Jean Lucas (Monaco, France); Kaio Jorge (Juventus, Italy); Lucas Verissimo (Benfica, Portugal); Neymar Jr. (Paris Saint-Germain, France); Rodrygo Goes (Real Madrid, Spain); Yuri Alberto (Zenit, Russia). That is, each time an athlete in this basket is traded and Santos receives its percentage, part of the value is distributed. Any transaction is valid: purchase, sale, interest-bearing loan. Some contracts even allow the distribution of amounts arising from performance clauses. At the time of writing this text, the Token da Vila has not had any distribution of income to holders. On the other hand, the Vasco da Gama token has already made two distributions. Also Read: See How To Earn Thousands Of Tokens And NFTs For Free Also Read: DeFi Blue Chips Drops 80% Since 2021 As New Generation Rises Also Read: Government of Venezuela Attaches 50% of New Minimum Wage Value to Petro 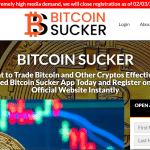 Previous Article Bitcoin Sucker Review 2022: Can It Boost Your Profits To Unimaginable Limits?

Bahamas leads countries around the world in Central Bank-issued cryptocurrencies, with its Sand Dollar CBDCs have many advantages regarding payment efficiency, speed and friction reduction […]