LUNA drops 26% in the week: what happened?

While Bitcoin (BTC) recorded its third worst week of decline in 2022, LUNA is down 26.82% for the week. As a result, the Terra network cryptocurrency ended the week with the biggest devaluation of the Top 10 and one of the biggest on the market. According to the data, at least two reasons explain the current movement. The first is the concern over the backing of the TerraUSD (UST) stablecoin, even as BTC reserves rise. The second is a possible problem with Anchor protocol payments. See how these factors can impact the price of LUNA.

Anchor is a lending protocol focused on the UST stablecoin. Its proposal is simple and at the same time bold: pay 19.5% yield to those who staking UST. To ensure the soundness of the system, Terraform Labs partially changed the UST’s ballast. Once made mainly in the dollar, the stablecoin has now its value linked to BTC. For this, the Luna Foundation Guard (LFG) started a series of BTC purchases, with the aim of increasing its cash. In this sense, LFG has become one of the biggest holders of the cryptocurrency, making weekly purchases of $125 million. The big problem is the huge correlation that exists between the different cryptoassets, so that attacks on UST and LUNA depreciation tend to accompany the drops of BTC itself. And the downside scenario is here to stay, at least in the last seven weeks. But the reserves for the payment of this income are once again running out (previous contributions have already been required), and this time with large withdrawals. In five days, more than US$ 3 billion were withdrawn. That is, about $3 billion worth of BTC that are ready to be sold. In this sense, the UST earnings system tends to be severely affected. The current amount of the interest reserve covers less than 40 days of payments.

Anchor’s problems and its earnings affected UST’s price over the weekend. The stablecoin dropped about $0.01 from $1.00 to $0.99. At one point, the UST even dropped to $0.98. The measure was enough to cause strong fear among the community. Is the UST losing parity with the dollar? If so, how can the 80,000 BTC be used if UST is unable to maintain its parity? According to Pedro Ojeda, founder of Split Brick, the pressure on UST started after the increase in Anchor serves. Withdrawals began when the protocol reduced UST proceeds from 19.5% to 18.8%. However, Ojeda said that 91% of Anchor’s deposits remain safe in the market, which guarantees a certain stability in the network. In addition, only 1% of the wallets made withdrawals.

Apparently, the movement of funds out of UST is due to the downturn in the market, with investors seeking safer protocols or even exiting the market. Also read: Expert indicates the 5 best NFT marketplaces on Ethereum Read also: Brazilian is denounced for millionaire fraud in cryptocurrency scheme in the USA Cryptocurrencies are down 11% in 24 hours. Check Cryptocurrency Prices Today 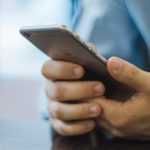 Some fish are especially difficult to find in Minecraft and this is mainly due to their specificity regarding the places where they spawn, which keep […]

The price of Bitcoin has started the New Yearon a positive note and on Tuesday, the 14th of January 2020, the price reached a 2-month […]

What happened to Winamp? Can it still be used?

From the nearly 90 million users that it had 20 years ago, to absolute ostracism. We could say that this was the path of one […]