According to a column by Cynthia Decloedt to Broadcast, the Coinbase, one of the largest brokers in the world and the most relevant in the US, is about to complete the purchase of the company 2TM, owner of the Bitcoin Market. According to information on the website, the acquisition has been under negotiation since last year. The announcement was also made by Broadcast’s official Twitter profile.

🖥️@colunadobroad | The largest cryptocurrency exchange in the US, @coinbase is about to close the deal to acquire 2TM, a Brazilian company whose flagship is the Bitcoin Market. The business has been in development since last year and the announcement should be made at the end of April. pic.twitter.com/zXX1RK5umT
— Broadcast (@AgenciaEstado) March 25, 2022

With the purchase of 2TM, and consequently the Bitcoin Market, Coinbase continues its global expansion campaign, mainly in Latin America, where the company wants to become a leader. Coinbase’s move, not coincidentally, comes at a time when Binance has also made clear its expansion plans here in Brazil and in other parts of the world. With this, we have the definition of clear competition between the North American and Chinese exchanges. The two brokers have the same style of expansion in Latin America, through the purchase and acquisition of other established companies to facilitate regulatory and operational processes. According to the columnist for Estadão, Coinbase intends to use this expansion for much more than just cryptocurrency trading and trading.

“The prospects for Coinbase and 2TM, as for virtually all crypto exchanges, go beyond currency trading: they also involve decentralized finance (DeFi) ecosystems and structures to house operations in the metaverse,” the column said.

2TM, valued at US$2.2 billion according to a recent series B investment round, has companies such as Meubank, MB Digital Assets, Bitrust, Blockchain Academy and MezaPro under its umbrella, offering a very complete structure for a expansion in Brazilian territory. The article also points out that 2TM had plans to expand into other Latin American countries, such as Chile, Argentina, Colombia and Peru. It is possible that these expansion plans will be accelerated after the purchase is confirmed. So far there are no forecasts of changes in the management of 2TM.

Coinbase has been touting different plans for expansion in South America and Latin America. The idea is to scale its operation globally through this type of acquisition to “promote economic freedom in the world.” With that, Coinbase outlined the strategy of hiring 2,000 people this year and acquisitions in several regions. 2TM has 4 million customers on its platform and last year handled R$40 billion in cryptocurrency transactions, an excellent acquisition for Coinbase, which has 89 million customers in over 100 countries. With that, we see the race between the big names in the market that are trying to gain space here in Brazil and neighboring countries, possibly visualizing the possibility of growing in a region highly concerned with inflation. 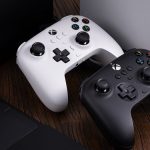 The indebtedness of families in Brazil reached record proportions in June, with almost 82% of indebtedness on credit cards, according to the Peic (Indebtedness and […]

Cambodia Set To Introduce Its Own Cryptocurrency Within Months

Countries around the world are starting to release guidance for central bank digital currencies (CBDCs), and Cambodia is the latest to join the fray. Cambodia […]

The price of Bitcoin currently stands around $7 150 and the first strong sign of recovery could be if the price jumps above $10 000. […]