VeChain is a leading blockchain project that was built by a former senior executive at LVMH, the world’s largest luxury brand. VeChain’s original goal was to help companies deal with supply chain challenges in a simple decentralized ecosystem. In this article, we will explain what VeChain is and why we believe it is a good investment.

VeChain is a blockchain platform that helps companies solve the biggest supply chain challenges around the world. As a result, it is solving one of the biggest challenges that many companies around the world are facing due to the Covid-19 pandemic and the logistical challenges that have arisen. VeChain was founded by Sunny Lu and Jay Zhang. Lu was previously the chief technology officer of LVMH China, while Jay was a senior manager of PwC China. The network works by combining a number of technologies such as QR codes, near-field communication (NFC) and radio frequency identification. As a result, your users attach sensors at every step of your supply chain, which are then linked to the blockchain. The blockchain and smart contracts involved make it impossible to change these records. VeChain uses a software platform known as VeThor, built for mass adoption of blockchain technology. It is a platform built using a technology known as Proof of Authority, which is its main governance mechanism. Unlike Proof of Work and Proof of Stake, PoA requires each node to be authorized to access the network. Today, VeChain is used by some of the top companies in China. Some of the most notable companies that have adopted VeChain are LVMH, Walmart and BMW.

Unlike many other blockchains, VeChain has two cryptocurrencies. The main one, known as VET, is the payment currency for the VeChain ecosystem. VeChain is the more popular of the two and has a market cap of over $2.5 billion. The other coin is known as VeThor Token. It is generated using VET being used by companies to track their products in the supply chain. The total market capitalization is just $104 million. So here are some of the reasons why we believe VeChain is a good investment. In recent months, the price of VeChain has not performed well. After reaching an all-time high of $0.2842 in April 2021, its price has dropped more than 87% to the current $0.034.

The first main reason why VeChain is a good investment is that it is dealing with one of the biggest industries in the world. While it is difficult to estimate, the supply chain market has been valued at over $15.8 billion. The industry is expected to more than double in 2026 as the industry gets more complicated. Think of the supply chain tensions due to the Covid-19 pandemic and the war in Ukraine. Therefore, it is likely that more companies will adopt the platform in an attempt to simplify or solve some of their biggest challenges. Fortunately, the number of partnerships is continuously growing. Some of the top companies using VeChain are DB Schenker, Kuehne & Nagel, Bright Food, Fashion for Good, Haier and Norway in a Box, among others. As they become successful, chances are that more companies will adopt their use. Learn more about investing in cryptocurrencies.

VeChain is being adopted by developers

The other reason why VeChain is a good investment is that the ecosystem has been adopted by developers who are building all kinds of apps. This situation was made possible by the fact that VeChain has smart contract features that make it possible to create applications. There are now many publicly available apps that were created using VeChain technology. For example, VeChain was used to build Buy me a Coffee, a simple platform that allows organizations and users to offer support through VET. It was also used to build Vexchange, a decentralized exchange. It has also been used to build projects in the NFT industry like OceanEX, NFT Paper Project, VeGhost NFT, and VeHashes, among others. While most of these projects are small, there is a likelihood that they will bounce back in the long run.

Another main reason why VeChain is a good investment is that it is highly popular among investors and traders. Of course, this popularity has declined sharply recently due to its performance. However, there are still many people who still keep it in their wallets. According to VeChain Stats, the number of VeChain blocks has increased to over 12.1 million. This is a significantly high amount. At the same time, the number of VeChain addresses jumped to over 1.78 million people. And despite the coin’s performance, the amount of VeChain mainnet activity has been somewhat flat.

Also, VeChain is a good investment because it is a bit cheap. On the one hand, the price is down more than 80% from its all-time high and is currently trading at the lowest level since Feb 28. This decline has left a currency trading at a significant discount. Historically, bear markets don’t last forever. Therefore, there is a probability that its price will recover.

Finally, VeChain is still growing even though the coin price is struggling. For example, VeChain has closed several partnerships with some of the biggest companies in the world. For example, it has partnered with Direct Import Goods, PriceWaterhouseCoopers and Renault. These partnerships are expected to continue to grow. 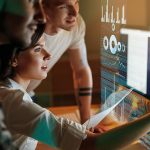 Previous Article How has technology transformed our lives? 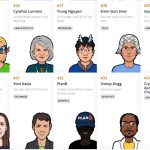 At this writing, Bitcoin (BTC) is continuing to fall after its dramatic decline over the past two days. The price is holding at 8700 after […]

An executive of Börse Stuttgart, a stock exchange in Germany, has pointed out that the latest AML regulations in Europe are helping to attract more […]

5 benefits of furthering your crypto education

Learning and growth are activities that go hand in hand. For emerging trends in financial technology, such as cryptocurrencies, good information on market dynamics is […]

“Only one sanctioned person has ever used Binance,” reveals CZ about Russians

In an interview with Fortune, published on Tuesday (29), Binance founder and CEO Changpeng Zhao revealed that only one person sanctioned, due to Russia’s invasion […]