Is this the end of Axie Infinity?

With an unparalleled community of users under its belt, Axie Infinity’s revenue has plummeted lately, leading some to believe its best days are behind it.The evidence indicates that the first great game based on the blockchain is going through a crucial stage, from which its future could be defined and, therefore, that of its biggest competitors.

Despite the fact that its massive popularization occurred very recently, and we have been talking about it a lot, some analysts wonder if this is the end of Axie Infinity, a look that may seem rushed, but makes sense If we go a little deeper into the reasons and reasons why these professionals believe that we may be facing the fall of one of the first great games based on the block chain.

Basically, for those who don’t know, Axie Infinity is a title in which players can earn money, while contributing to the growth of the ecosystem, inspired in part by the successful world of Pokémon and their characters. Those who have played it, will already know that they must face creatures called Axies against each other in combat. Likewise, they can capture and raise pets, build their own kingdoms and thus advance in their game.

That being said, the important thing for us is that Axie Infinity is one of the most popular games in the budding blockchain industry. A title developed by Sky Mavis that has accumulated millions through financing rounds, supported by businessmen like Alexis Ohanian and Mark Cuban.

Not everything is rosy for Axie Infinity

But Despite its spectacular rise to worldwide recognition, Axie Infinity is not all rosy.. Recently, the product is coming off its biggest drop in daily revenue, and public interest is at its lowest since it was introduced. But does this necessarily mean that the downward trend is irreversible?

Since the peak in November 2021, Axie Infinity’s revenue has been declining considerably. According to a Token Terminal chart, revenues went from ten million dollars a day to just a few thousand dollars in the last few weeks. It is just what many would consider the beginning of the end.

This is the equivalent of someone asking for nude photos during a job interview.

Sky Mavis does not condone this behavior; it’s unacceptable and exploitative!

One of the biggest difficulties currently for the advancement of Axie Infinity is the barrier to entry, which is too high. Although Axie Infinity is free to download, players must start with at least three Axies, each of which costs at least $29. It’s almost $100, enough to keep a lot of people out..

Due to the high initial investment, there are Discord and Telegram groups where players look for sponsors to help them get a foothold in the game. Unfortunately, before helping them, they put requirements on them. Just one example: Axie Infinity came to denounce that some sponsors asked players to be nude.

And then other controversial practices emerged, such as “scholarships” in which players who lacked start-up capital, the “interns”, received Axies from the “managers” in exchange for a considerable amount of their income. Eventually, the exploitation relationship was such that profits were shared up to 50/50.

But beyond everything mentioned, the most important challenge that Axie has experienced in its four years of life is a hack of 625 million dollars, which occurred on March 23, 2022.

Hackers attacked Sky Mavis’s Ronin network validation nodes and they managed to get hold of about 25.5 million USDC and 173,600 ETH. In just two transactions, they emptied the Ronin network of cash.

Chainalysis, a blockchain analytics firm, is helping Sky Mavis track down the stolen funds, which are in the hacker’s wallet for all it is known. But the chances of getting it back are somewhat uncertain.

Other measures have been taken to prevent additional losses, and for example the acknowledgment of withdrawal or deposit now requires eight signatures instead of five. In any case, it is more difficult to recover trust than money.

Is this the end of Axie Infinity?

Despite these complications, numerous members of the gaming world still feel that Axie Infinity has a promising future. They rest those hopes on the large and growing community of the platform.

To their credit, Axie Infinity has gained popularity and has increased the values ​​of AXS tokens to the point where, at least for now, they are unrivaled of its possibilities. And that is not a minor detail.

Some competitors, such as Crypto Kitties and Decentraland, had not been able to compete with Axie Infinity initially. However, now is the opportunity for other “play to win” ecosystems to take advantage of dissatisfied Axie users. It is something that we can only discover with the passage of time.

And you, do we believe that we are witnessing the end of Axie Infinity, or will it recover in the future? 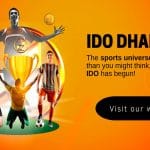 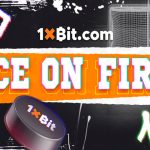 Next Article Win prizes for hockey bets in a new 1xBit tournament!

Is Shiba Inu a good investment? 5 reasons why we think it’s

Shiba Inu pricing has been disappointing lately. It is down over 75% from its all-time high, giving it a market capitalization of over $12 billion. […]

As of this Thursday (3), MB Digital Assets (MBDA), the tokenization unit of the 2TM group, will release the trading of Vila Tokens on the […]