Is Chainlink a Good Investment? 5 reasons why we think it’s

Chainlink is a large blockchain project that is widely used by most decentralized finance (DeFi) and non-fungible token (NFT) developers. It is a relatively different platform from other blockchain networks like Cardano and Ripple. In this article, we will explain the five reasons why we believe Chainlink is a good investment for both short-term and long-term investments.

Before we identify the five reasons why Chainlink is a good investment, let’s explain what the network is and how it works. Chainlink is a smart oracle network that helps deliver off-chain data to on-chain ecosystems such as DeFi and non-fungible tokens (NFT). For example, a developer building a decentralized stock trading platform needs a market feed on exchange-traded stocks. So instead of dealing directly with exchanges, they partner with Chainlink, which has all this data and tools to embed it into their ecosystems. The same goes for other industries. A good example of these industries is sports betting, which is also being transformed by blockchain projects. For a decentralized betting platform to work well, it needs access to reliable data about games. Chainlink may provide this data. In recent months, Chainlink has been adding more solutions to its ecosystem. For example, it recently launched Keepers, an automation platform for smart contracts. It also introduced proof of bookings, cross-chain communication tools and VRF platforms. LINK is the governance token for the Chainlink ecosystem. It is a leading cryptocurrency that has a market capitalization of over $5.4 billion, making it the 26th largest cryptocurrency in the world. Learn more about how to buy Chainlink.

One reason Chainlink is a good investment is that it has a dominant market share in the oracle industry. While the number of oracles in the industry is increasing, Chainlink is the most popular. It has been adopted by some of the major DeFi players such as Aave, Uniswap, Anchor Protocol and Curve Finance. According to DeFi Llama, Chainlink has a Total Guaranteed Value (TVS) of over $53 billion, giving it a 54% market dominance. The second largest player in the sector is Internal, which has TVS of over US$17 billion, and Maker, which has only 2 projects with TVS of over US$13 billion. Therefore, having a good market share and brand reputation is a positive catalyst for Chainlink.

Chainlink is a leader in an industry that has tremendous potential. For example, the decentralized financial sector has a Total Locked Value (TVL) of over $200 billion. This is a remarkable growth considering that the sector did not exist a few years ago. While the industry is highly volatile, analysts believe it represents the future of finance. A future where people will embrace the concept of smart contracts in all areas of their financial well-being, such as savings and investments. Analysts expect the DeFi industry to be more than 100 times bigger than it is now. So if that prediction comes to pass, then it’s likely that Chainlink has a role to play in that. The same goes for other sectors configured to be tokenized. For example, the decentralized betting industry is expected to do so well because of the existing regulations in the industry. If that happens, Chainlink will have an important role to play. There are other sectors that should benefit from decentralization. For example, Chainlink has a partnership with the Weather Channel, which means people can use this data to develop their apps.

One of the most important things about investing is always buying an asset that is relatively undervalued. In my opinion, I believe that Chainlink is one of the most undervalued cryptocurrencies in the world. At the time of writing, the coin is trading at its lowest level since January 2021. It is also down over 78% from its highest level in 2021. Its market cap has also dropped to just $5 billion. Therefore, I believe that Chainlink is a highly undervalued cryptocurrency. On the one hand, while its market cap is $5 billion, it has helped to secure more than $54 billion in assets. This is a sign that there is more room to grow. The reason for the devaluation is that many people don’t know many details about the platform and what it does.

Correlation with other assets

Another reason why you should invest in Chainlink is that it has a strong correlation with other assets such as stocks and cryptocurrencies. A closer look at the blockchain industry shows that most cryptocurrencies have declined sharply in recent months.

For example, Bitcoin has gone from around $68,000 in November 2021 to the current $38,000. Likewise, Ethereum has gone from around $5,000 to $2,800. In total, the market value of all digital currencies has dropped from over $3 trillion to around $1 billion. Other assets, such as stocks, also fell. This means that Chainlink’s current weakness is not an isolated case. This means that the coin will recover when others do the same.

Eric Schmidt is a strategic consultant

Ultimately, Chainlink is a good investment because Eric Schmidt, former CEO and president of Google, is a strategic advisor. This is notable because of the wealth of experience he brings to the network and the fact that he has a lot of connections in the right places. As you remember, Schmidt is the person who helped transform Google into one of the most important companies in the world. In a note, Chainlink founder said: “Eric’s experience and insights into building global software platforms for next-generation innovation will be invaluable as we help developers and institutions usher in a new era of economic justice and transparency. ” 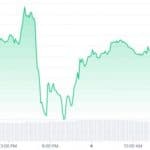 Was Bitcoin’s 2017 Peak Due to a Single Manipulator? Maybe!

There are certain periods in the financial markets that become etched into people’s minds, even if they’re weren’t present at the time. Take for example […]

Car manufacturing giant, Toyota, has revealed that it intends to use blockchain technology more in the automotive sector. Toyota Blockchain Lab to Start Exploring Research […]

Even though crypto is showing green shoots of a maturing industry, major social media platforms have a love/hate relationship with the market. Most recently, YouTube […]