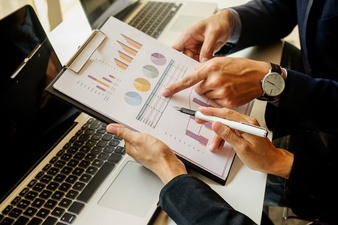 A Bitcoin investor has sued the IRS for unlawfully seizing his private information from three crypto exchanges.

Bitcoin investor Jim Harper is suing the United States Internal Revenue Service (IRS), its commissioner, and a few of its federal agents. According to Harper, the defendants unlawfully seized his private records from three digital currency exchanges.

The charge by Harper was against the Commissioner of the IRS, Charles P. Rettig, the IRS itself, and “John Doe IRS Agents 1-10,” referring to the fictitious names for the agent or agents who authorized and carried out the research of his personal financial records. This was contained in a court document filed on July 15 with the District Court for the District of New Hampshire. Following this, a jury trial has been demanded for the case.

According to the document, there were three counts of violations. The first one is the violation of the Fourth Amendment of the U.S. Constitution against Harper. This is because the defendants carried out an unlawful search and seizure of his private financial data. The second offence has to do with the Fifth Amendment of the United States. Here, the defendants went against due process protections when they seized the financial data of the plaintiff. The third violation is that of the 15 U.S.C. § 7609(f) as the financial records were obtained via an unlawful subpoena.

The complaint explained that Harper opened his Coinbase account back in 2013. However, he stopped adding new BTC and started selling his investments at Coinbase. Harper also transferred his remaining assets to a hardware wallet in 2015. By 2016, he did not have any BTC on Coinbase, and he started selling his Bitcoin assets using either the Abra or Uphold exchanges. Harper claimed that he has correctly declared and paid all taxes applicable to his BTC profits.

Coinbase was forced to comply with such a request to reveal the required information as the IRS filed the infamous ex parte “John Doe” administrative summons on the cryptocurrency exchange back in 2016. The request allows the IRS to collect information on U.S citizens who carry out crypto operations between January 1, 2013, and December 31, 2015. Coinbase protested the move, and the IRS then decided to lessen its demand by seeking data relating to accounts with roughly $20,000 in crypto transactions in a year during that period. Coinbase still protested the move, and the IRS petitioned the exchange to release the details on 8.9 million transactions and 14,355 account holders.

Harper received a letter on August 9, 2019, that the IRS had obtained his financial records relating to his ownership of Bitcoin without any particular suspicion of wrongdoing. This was not an isolated case as the IRS issued more than 10,000 similar letters to United States taxpayers regarding their cryptocurrency transactions. The IRS was advising them to repay taxes by filing amended returns.

The Taxpayer Advocate Service commented that the letter from the IRS undermined the rights and protections which American taxpayers enjoy. The court document read that “As with Mr. Harper, upon information and belief, IRS obtained private financial records for the targeted taxpayers without first obtaining a judicial warrant or a lawful subpoena or other court order.”

In addition to that, the IRS still holds on to the financial records of the plaintiff that it obtained from exchanges Coinbase, Uphold, and Abra. The Harper case will develop further over the coming weeks as the New Civil Liberties Alliance (NCLA), a nonpartisan, nonprofit civil rights group, is currently representing the plaintiff in this lawsuit.