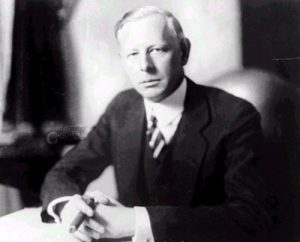 Jesse Livermore, died November 28, 1940 Definitely every industry has its stars who left their mark on history as they made later generations try to imitate their actions. In this case, the biggest investors made a fortune in their success, and in many cases helped millions of others to achieve similar profits. These investors vary greatly in many respects, from the strategy they promote to the ways in which they earned their fortunes. Some of them even came up with new and innovative ways to analyze their investments, while others chose securities almost entirely instinctively. Who are they and how did they come about?

The world’s greatest investors have paved the way for today’s billionaires
Their silhouettes were often very colorful
They differed significantly in their approach or strategy
However, these investors do not differ in their ability to consistently beat the market
More similar and interesting articles can be found on the Comparic.pl home page

Precursors of the investment industry

John Neff
The first profile worth presenting was an American investor, investment fund manager and philanthropist. John Neff who joined Wellington Management Co. in 1964 and remained with the company for over 30 years, managing three of its funds, was notable for its contrarian and worthwhile investing styles. His preferred investment tactic was to invest in popular industries using intermediate paths, and he was considered a value investor as he focused on companies with low P / E and high dividend yields. He ran the Windsor Fund for 31 years (until 1995) and achieved a rate of return of 13.7%, compared to 10.6% for the S&P 500 over the same period. This is more than 53 times the profit of the initial investment made in 1964. The Windsor mentioned above became the top earning and then the largest mutual fund existing during Neff’s management, eventually closing itself off to new investors in the 1980s. John Neff only retired from Vanguard in 1995.
John Templeton
John Templeton, or more specifically Sir John Marks Templeton, was by far one of the greatest contrarians of the last century. He followed in his brother’s footsteps and attended Yale University, surviving during the crisis and graduating in 1934 as the best student in his class and chairman of Phi Beta Kappa. He received a Rhodes scholarship at Balliol College, Oxford, where he graduated in law in 1936. Templeton began his Wall Street career in 1938 and created some of the world’s largest and most successful international mutual funds. He is said to have made venture investments, that is, he bought low during the crisis, sold high during the internet boom, and made more than a few smart choices in the meantime.

As already mentioned, this allowed him to create one of the world’s largest and most successful international investment funds. Templeton entered the mutual fund industry in 1954 when he founded the Templeton Growth Fund. When dividends were reinvested, every $ 10,000 invested in Templeton Growth Fund Class A at the beginning of its existence grew to $ 2 million in 1992 when it sold its funds. In 1999, Money magazine named him “arguably the greatest global action hunter of this century.” As a naturalized British citizen living in the Bahamas, Templeton was knighted by Queen Elizabeth II for his many achievements.
Jesse Livermore
An investor that everyone in the industry knows about, or at least the name itself is known, but from the very beginning. Jesse Livermore had no formal training or experience in stock trading. He was a successful man who learned from both his winners and losers. It was these successes and failures that helped to solidify the trading ideas that can still be found throughout the market today. Livermore started investing on his own when he was in his teens, and by the age of sixteen he reportedly made profits of over $ 1,000, which was a large sum of money at the time. Jesse Livermore was born into a family of farmers in 1877 and learned to read and write when he was 3.5 years old. The youngest of three children in the family, he had hardly any attention from his father. However, his mother took care of him, determined that Jesse would get the best in life, and he quickly took advantage of it. Over the next few years, he made money by betting against so-called bucket shops that didn’t handle legitimate transactions – customers were betting against the house on movements in stock prices. At the age of 15, he decided to increase his current income and invested his $ 5 in a bucket shop in a place where stock price fluctuations were speculated, but there was no actual purchase of securities. 3.23 US dollars. It took him several weeks for his speculative profits to exceed the paychecks he received from Paine Webber. When that happened, he quit his job and began trading in Boston bucket shops at the age of 16. It cannot be denied that it was not on their hands. When he was making money, they were losing. This resulted in him being thrown multiple times … and he began putting on a false beard to avoid recognition. However, before it was finally banned and no bucket shop in Boston wanted to operate it, it already had a small fortune of $ 10,000 (at that time it was a really considerable amount). Going further, it can be said that the investor had a series of serious falls .. but also highs. He repeatedly made mistakes that cost him to fall to the brink of bankruptcy and return to the list of the richest. His family experiences and the changes that appeared in the regulation of financial markets meant that he finally took his own life in 1940. According to Rubython, his wife’s $ 7 million fortune did not make him feel comfortable and killed the desperation to win he had in his youth.
Benjamin Graham
Ben Graham has excelled as an investment manager and financial teacher. He is the author of, among other things, two investment classics of unparalleled importance. He is also widely recognized as the father of two fundamental investment disciplines – security analysis and value investing. The essence of Graham’s value investing is that any investment should be worth much more than the investor has to pay for it. Graham believed in fundamental analysis and was looking for companies with a strong balance sheet – those with little debt, above-average profit margins, and high cash flow. Graham believed that all stock exchange investors can be divided into two groups: active – those who devote their time and skills to the best possible investment decisions, and the second – passive, passive – those who entrust their investment to specialists. Importantly, Graham was critical of the corporations of his day for the dark and irregular financial reports that made it difficult for investors to see the true state of the company’s finances. He was an advocate of paying dividends to shareholders rather than keeping companies all profits in the form of retained earnings. He also criticized those who advised that certain types of stocks are good to buy at any price, given the prospect of a sustained rise in the stock price, without a good analysis of the real financial condition of the company. Graham’s average investment performance was ~ 20% annualized return from 1936 to 1956. The overall market performance over the same period averaged 12.2% per year. Graham made the biggest profit with GEICO, whose 50% stake in his Graham-Newman Partnership was purchased in 1948 for $ 712,000. This item rose to $ 400 million in 1972, adding more to the portfolio than all Graham-Newman investments combined. GEICO was eventually wholly acquired by Berkshire Hathaway in 1996, previously rescued by Buffett and John J. Byrne in 1976.
The author also recommends:

We’re on Google News. Search for what’s important and stay up to date with the market! Watch us