Previous Article Moonlit agreed the terms of a loan from the publisher of Model Builder, convened the EGM 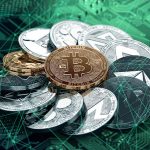 Next Article Cryptocurrency crimes increase: learn how to protect your assets

Uzbekistan is taking the necessary steps to expand the cryptocurrency industry in their country. As a result, they have announced that they will launch a […]

A hacker stole Binance Coin (BNB) from three projects through the liquidity pool on PancakeSwap, using the same technique on all. This shows that vulnerabilities […]