With fears of runaway inflation around the world, an IMF director confessed that “a lot of money was printed by central banks without measuring the consequences of the action”. What draws attention in the speech is that she was accompanied by the president of the European Central Bank, one of those that most printed currency in recent years. Christine Lagarde, president of the ECB, was one of those who moved the machines to print money in the euro zone. In the United States, Jerome Powell also printed currency in his country, which is already beginning to feel the effects of inflation. In other words, the main powers of the economy worked on issuing coins amid the pandemic, a measure that may have been excessive.

For many, the concept of inflation is measured by the increase in prices of services and products, with government indices following this measure. It is worth remembering that John Maynard Keynes was one of the main economists to defend state intervention in the economy when necessary, a recurring practice in times of instability. However, the extent of such an intervention is what appears to be a measure misunderstood by central bank officials, according to a controversial new comment by an IMF director. This is because, during the last two years, “a lot of money was printed without measuring the consequences“, in the opinion of Kristalina Georgieva. According to her, the way in which the authorities solved problems is similar to children chasing the ball.

“We are already late. We’re acting like 8-year-olds playing football behind the ball, everyone chasing the ball and not covering the whole field.”

The speech took place during a CNBC program, which was also attended by Fed Chair Jerome Powell, ECB President Christine Lagarde, Indonesian Finance Minister Sri Mulyani Indrawati and Barbadian Prime Minister, Mia Mottley. It is also worth noting that the speech is certainly important for the discussion on the role of State intervention in the economy, which can be disastrous and excessive, an opinion even from important people in the world financial market, such as an IMF Director before presidents of the largest central banks. .

When Satoshi Nakamoto introduced Bitcoin with an open-source and P2P currency concept, he argued that public trust is what drives central bank-issued currency. Even so, Satoshi recalled that this confidence has been constantly shaken, as currencies often lose their market value due to misplaced monetary policies. Thus, he believed that trust in Bitcoin, a system with no central server or trusted parties, was much better.

“The root of the problem with conventional currency is all the trust needed to make it work. The central bank must be trusted not to downgrade the currency, but the history of fiat currencies is full of breaches of that trust.” 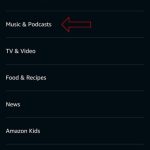 Next Article Cardano will return above $ 1? Forecast and analysis of cryptocurrency quotes

The official vote for the implementation of the hard fork on the Terra network (LUNA) began last Wednesday (18), creating “Terra 2.0”. The move aims […]

Tier 2 season is coming. Optimism, a Layer 2 (L2) network designed to scale Ethereum by executing transactions off the main chain, is launching “Optimism […]