How to record screen in Windows 11?

Due to various circumstances, you may at some point have to record your PC screen, and if you have already upgraded to Windows 11, you may wonder if the Windows 10 solutions are still active.We review some of the options we have to record the screen in Windows 11, some with products created by Microsoft, and others using different third-party software

Recording the screen is one of the many resources that we have available to be able to make the most of our PCs. When we carry out such a procedure, we obtain a file in which everything that is seen on the panel is replicated. Therefore, It can be a very interesting solution to many of the problems that arise on a daily basis, so today we will show you three useful tricks to be able to record the screen on your PC with Windows 11.

And the problem is that the latest version of Microsoft’s PC operating system does not yet have a specially developed tool for screen recording, a native instrument that is claimed. But we know from our experience in Windows 10 that there are some solutions to this problem, so we have decided to stop at three options to record screen in Windows 11, although there are many others.

How to record your Windows 11 computer screen?

As we said, the alternatives that exist when it comes to recording the screen of a PC that is already updated to Windows 11 are different, although In general, they are the same as we already had in Windows 10..

While Windows 11, or Windows 10 for that matter, it does not come with a built-in screen recorder, there is the xbox game bar which allows us to record the screen with ease.

Although this system is intended to record game sessions, we can also use it to record other windows. The only disadvantage is that it does not record when File Explorer is open or if we are on the desktop, so in those cases you will have to resort to some of the solutions that we explain later in this post.

The best thing about this trick is that a keyboard shortcut is enough to make it work, saving a lot of time.

Outside of Windows Explorer and Desktop, press Win + G, to open the Xbox game barThen, go to the Capture function of the menu available at the top of the screenA pop-up window will open, from which you have to click on start recording

Immediately Windows 11 will start recording your screen, and you have to make sure that your microphone is enabled if you also intend to record your voice. This is important especially if you are going to create a tutorial.

Eventually, with the keyboard shortcut Win + Alt + R you can start the screen recording directly.

to stop her, you have to press the Stop button in the Capture Status floating window.

By last, you will find all the files stored in C:\Users\yourusername\Videos\Captures.

OBS Studio is a software that we have already talked about on a few previous occasions, and that in this case makes sense especially if you want to record the Windows Explorer or the desktop, and the Xbox bar does not allow it.

OBS Studio is considered by many users to be the best Windows 11 screen recording software out there. Among its positive features we can mention that it is free and open source.

Download and install OBS Studio from this link to its website, or from the Microsoft StoreOpen the app and select “Optimize for recording only, I won’t stream” in the opening windowOnce the program launches, click the +, then in Sources and ScreenshotsAlready assigned a name to the new file or recording, click on Start recording

Automatically recording will start, contemplating the audio that comes from the computer, without you touching anything.

By clicking on Stop Recording you can tell OBS to stop in your process of capturing the screen.

Finally, you will find all the generated files in the path C:\Users\yourusername\Videos. With the third-party app Free Cam

If for some reason OBS Studio does not leave you 100% satisfied, there is always the possibility to use Free CAM. We could say that it is the ideal program for those who are looking for an extremely simple screenshot.

In fact, the only criticism we can make is that it only exports videos in WMV, so you’ll need a converter later if you know you’ll be using another format. Other than that, it works without major problems.

Download and install OBS Studio from this link that takes you to their websiteOpen the app and select the “New recording” optionDetermine the area of ​​the screen you want to record, or Full Screen, and enable the microphoneWhen the settings are perfect according to what you want, start the recording

To stop Free Cam recording, just press Esc on the keyboardand in a few seconds you will be able to edit the video, or click on Save as video to establish a folder where it will be saved. 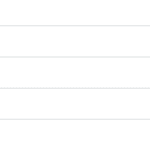 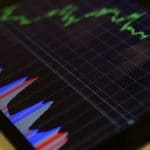 Next Article Ontega broker: practicality and profit in online investments

Bitcoin Jumps As Other Coins, Ripple and Ethereum,Follow the Same Trend

Last year, Bitcoin experienced a significant drop in price and at the time, many analysts thought that the cryptocurrency was going to drop further. Things […]

Customers of Expedia are now allowed to pay for over 700,000 hotels using cryptocurrencies, thanks to Travala. Crypto Payment on Expedia Now Possible Over 700,000 […]

Cryptocurrency market has been acting in recent months with no defined direction, in a box formation. A lot of caution for this moment is what […]

At this writing, Bitcoin (BTC) is continuing to fall after its dramatic decline over the past two days. The price is holding at 8700 after […]