Faced with the inconvenience of exhausting the internal storage memory of an Android mobile, in most cases there is the possibility of resorting to external storage in the form of SD memory cards, specifically of the microSD type, which has been the most common on Android smartphones for years. A format that does not stop growing in storage capacity, and there are already some SD cards with up to 1 Tb of capacity. And it is that most of the mobile phones of the green robot operating system have a slot to insert a storage card of this format, which allows to expand the capacity.

And when the mobile begins to get full, and once one of these cards is available, the user can lighten the memory of the terminal moving content (files, applications…) from the smartphone to the SD card. The method explained below is valid for devices with a version of Android 6.0 or later.

First of all, check that the SD card is correctly formatted for use by the Android smartphone. Given that this type of storage device can be used with different products (computers, cameras, portable game consoles…) it is possible that before being able to use it, it must be formatted with the “Files” application. In this case, and if it is a card that has been previously used in another device, you will have to make a backup copy of its content if you do not want to lose it, since formatting implies losing everything stored on the card.

To format the card from the smartphone itself, once it has been inserted into the slot for this purpose on the mobile, you will have to access the “Settings – Storage” section of Android, choosing the option “Format as internal device – Format SD card”. After a few minutes the card will be ready to be used with the mobile.

Entering each of the sections (application, game…) the information related to it is displayed, such as the space it occupies, and it is from there that you can uninstall the apps, force them to close, clean their cache or vary storage location. as simple as press the “Change” button and designate the SD card as the destination.

Depending on the size of the application or the content, the process will be completed in a few seconds, after which the application will continue to work but space will be freed in the smartphone’s memory, which will allow better operation. Even so, if you still want to expand the internal storage space on an Android mobile, there are various apps that help you achieve it. 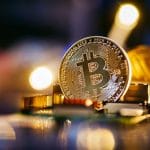 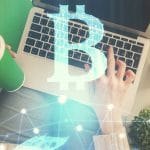 Next Article Run out of money to buy Bitcoin? See how to get around the problem

Company that launched Corinthians and Flamengo cryptocurrency is accused of default

A famous company that released the Fan Token from clubs around the world was accused of owing millions to its stakeholders, responding to the article […]

The cryptocurrency ecosystem in India is about to change, and that is all thanks to Binance. That is, India will experience a transformation in their […]

The author of Rich Dad Poor Dad has predicted that the price of Bitcoin could reach $75,000 over the next three years. Bitcoin Price to […]