Last year, play-to-earn (P2E) games, especially Axie Infinity, became a real fever and helped many people earn extra income and even their own livelihood. A survey revealed that 23% of Axie players supported their families from resources obtained in the game. In this type of game, players receive financial incentives in cryptocurrencies for playing. The prizes are as much for the time that the users spend playing as for the victories in battles, for example.

This year, P2E are still on the rise. But move-to-earn games have also hit the market, which reward players for physical activity. One of the most successful is Stepn, a game built on the Solana (SOL) platform, which pays BRL 5,000 a month for daily 10-minute runs, according to a user of the game. She says she bought her first NFT from Stepn, a sneaker (Sneakers), for around R$4,000 in Solana (SOL). And, after running 21km inside the app, he received rewards in the GMT game token. Discounting the amount spent “repairing” the shoe and to upgrade it from level 5 to level 9, he got a daily net reward of 9 to 9.5 GMT. That’s about $37 a day. Or that gives, per month, more than US$ 1,100, therefore, more than R$ 5,140.

Although Axie is competing for space with other games, it remains popular and generating revenue for players. Like Stepn, Axie also requires investment, with characters starting at R$350. As it is necessary to form teams with three axies, the initial investment is more than R$1,050. Despite this, Axie Infinity is one of the most popular and profitable P2E games where two players battle with their axies. There are two tokens in the game, the SLP and the PVE. Whoever wins the game has a chance to earn 50 SLP as a starting bonus. Per day, it is possible to earn around 180 SLP. Currently, the SLP token is at a low price, costing around BRL 0.083 each. That is, it is possible to earn almost R$ 450 per month. It may not seem like much to some, but it is worth remembering that the SLP has already been traded above BRL 1.96, which would give a monthly income of BRL 10,580.

Another popular NFT-based game that can earn up to $1,000 a month is the Polygon Pegaxy-based mechanical horse racing game. The game is set in a futuristic mythological universe in which horses (magpies) – in the form of NFTs – descend from the mighty Pegasus. With each horse race, players can earn rewards in the token used on the platform, the VIS (Vigorus). In addition, it is possible to profit by renting the handles to participants who do not have the money to purchase an NFT. Thus, the financial result will depend on what is signed between the parties. Finally, there is yet another way to earn a financial return, which is to sell your horse’s NFTs or the offspring it can generate. According to the Hard Fork Gaming channel, each horse can compete in a maximum of 25 races per day. According to his calculations, if the player participates in as many races as possible, daily, he can earn up to US$ 1,000 per month. It is worth mentioning that if the player has more horses (NFTs) he will be able to compete in more daily races, increasing the possibilities of profit. Also read: Emirates plans to launch NFTs and expand experiences in the metaverse Also read: HBAR could jump 28% if token breaks pattern, analyst says Also read: Analyst points to 60% increase in Zilliqa price 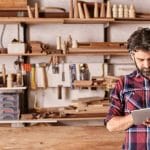 Next Article Marketing ideas to grow your SME or small business

NFT figurines, like dragon unicorns, turn to fever. //Reproduction While most people in the world don’t even know exactly what a cryptocurrency, bitcoiners are already […]

John McAfee has dismissed his previous prediction of Bitcoin, telling people to wake up to the reality. Bitcoin Reaching $1M is Nonsense British-American entrepreneur John […]