A Special Economic Zone on a tourist island off the coast of Honduras has recognized Bitcoin and other cryptocurrencies as legal currencies, zone officials announced Friday. The zone, called Prospera and nicknamed “Honduras Prospera” is on the island of Roatán, which belongs to the territory of Honduras. The zone was founded in 2020 to help the region’s economic development. In addition, it has fiscal, administrative and budgetary autonomy.

“The Prosperous Zone’s dynamic regulatory framework promotes innovation in cryptocurrencies and the widespread use of Bitcoin by residents, businesses and governments,” the statement said.

According to Joel Bomgar, president of Prospera, Bitcoin in the Special Economic Zone works as legal tender. In other words, there is no capital gains tax on BTC:

“You can trade freely using Bitcoin and you can pay taxes and fees with Bitcoin,” he said.

Also according to Bomgar, the objective is to stimulate economic development by attracting foreign direct investment.

The announcement that actually placed BTC as legal tender came from Prospera, an autonomous city located in Central America. Because it has autonomy from Honduras, Bomgar was able to announce that the city will make BTC a legal tender. Prospera followed the example of Honduras’ neighbor El Salvador. In this regard, the island will also allow municipalities, local governments and international companies to issue BTC-backed securities. The objective, according to Bomgar, is to facilitate the entry of foreign investment in the region.

With the announcement, recently publicized speculations have increased alleging that the 56th president of Honduras, Xiomara Castro, may legalize Bitcoin in the country. Despite the rumors, on March 23, the central bank of Honduras ended the rumors about the status of Bitcoin in the country, disclosing in a statement that cryptocurrencies are neither legal tender nor self-regulated in the nation.

“Any transaction involving this form of virtual asset is carried out at the risk and responsibility of the individual executing it,” said the Central Bank of Honduras.

However, sources claim that the Honduran government may even make a statement in the “coming days” about Prospera’s statement and about Bitcoin in the country. If Honduras follows the example of the Economic Zone located on the island of Roatán, the country would be the second in the world to officially recognize Bitcoin as legal tender.

Mexico will have future Bitcoin Law

Another news involving Bitcoin came from Indira Kempis, senator and main supporter of BTC in Mexico. Kempis revealed plans to adopt BTC as legal tender in Mexico. According to Kempis, the initial idea was to make BTC legal tender in March, which would make Mexico the second country in the world to make this decision. However, the law had little chance of passing, which made the senator withdraw from the plan. But now the scenario seems to be more favorable. Kempis said she is in contact with Andrés Manuel López Obrador, the president of Mexico, and has made progress. The senator also said that she wants to study the adoption of BTC as legal tender throughout Mexico. However, she did not provide further details on what such an adoption would look like.

Madeira Island: a hub for bitcoiners

Who also spoke about Bitcoin at the Bitcoin 2022 event, in Miami, was Miguel Albuquerque, president of the Autonomous Region of Madeira, in Portugal. This region encompasses Madeira Island, a place known for its flexible and pro-cryptocurrency laws. In his speech, Albuquerque told the audience that he believes in the future and in BTC and spoke about the advantages of Madeira for those who have cryptocurrencies. Among the various benefits, cryptocurrencies are tax-free both when buying and selling.

“I believe in the future and I believe in Bitcoin. Our government will continue to work to create a fantastic environment for Bitcoin,” said Alburquerque.

Many people claimed that BTC would become legal tender in the region. But Albuquerquer did not provide information on this. In fact, Madeira Island is linked to the Portuguese government and, by association, to the European Union. Therefore, the region does not have the autonomy to define this type of change. According to Portuguese Cátia Azenha, creator of the Feminine Crypto World, it is still too early to assess what changes will be made. Most likely, the region will continue as a hub of tax exemptions for BTC investors, but without adoption as a currency.

“It is still very difficult to know what will happen. As I understand it, it will be possible to pay with cryptocurrencies and there will be no taxes on earnings, even if the government of the country puts it. But I think it’s too early to know exactly what it is and what it isn’t,” said Azenha.

*Article written in partnership with Luciano Rocha Also read: Cash App launches service that allows you to invest part of your salary in Bitcoin Read also: Strike partners with Shopify to bring Bitcoin to US merchants Azul’ in partnership with Paris Filmes 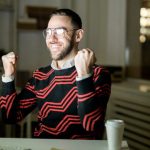 Next Article This is the technology behind online casino platforms

Technology has earned a place in our hobbies

Blockchain Salaries in China Down By 37%

Salaries of people working in the blockchain industry in China are down by 37%, despite the rising value of blockchain skills around the world. Blockchain […]

The XRP army is currently on pins and needles. Ripple has unlocked 1 billion XRP, worth more than $225 million, from its escrow wallet, according […]