A hacker stole Binance Coin (BNB) from three projects through the liquidity pool on PancakeSwap, using the same technique on all. This shows that vulnerabilities in the sector remain on the rise, and investors should remain cautious with new projects. One industry that has emerged with the mass creation of cryptocurrencies is cryptocurrency auditing, with one of the best-known companies in the industry being Certik. Even with this service on the rise, several projects neglect this inspection, putting their users’ funds at risk. And some of these vulnerabilities can be exploited directly in the token codes, a place many investors pay no attention. In 2021, many cryptocurrencies emerged with great promises, but it is becoming clear that these were not made to last for long, unlike Bitcoin, consolidated 13 years ago.

Although all the tokens created in the last few months bring many promises, few of them manage to deliver what they promise. This is a clear speculative move on networks like Ethereum, Binance Smart Chain and others, which have seen more than 1 new token appear per day, or more. With this new coin casino baffling many investors, the risks of the practice continue to benefit hackers eyeing vulnerabilities in these projects. In the last few days, for example, a hacker stole BNB from three projects using the same technique, which shows that even market risks are not being corrected. One of the affected tokens was Shark Girl (SGIRL), which had its liquidity handled on a PancakeSwap exchange, according to Certik. The other two tokens that had their balance manipulated were Moon and STiger, small projects unknown to most investors, but which had some market liquidity. After manipulating the price of the tokens, the hacker sold his tokens at a price above the market, leaving a loss for those who bought the artificially inflated coins.

“Three tokens: SGirl, Moon and STiger were all exploited by an attacker. All three projects have the same vulnerability. The attacker managed to withdraw all BNB (37.2 in total) from LP Pancakeswap from the 3 tokens.”

#CommunityAlert 🚨 Three tokens: SGirl, Moon, and STiger were all exploited by one attacker. All three projects have the same vulnerability. The attacker was able to take out all the #BNB (37.2 in total) from the 3 tokens’ #pancakeswap LP — CertiK Security Leaderboard (@CertiKCommunity) February 20, 2022

As many tokens emerged with big promises of profits, DeFi, NFTs, gamefi, among other “promising” terms, investors jumped on this market promise, afraid to be left out of the “new Bitcoin”. These statements are common among dubious projects that hit the market daily, putting at risk investors who don’t check technical aspects and don’t study before putting money. Thus, when analyzing a possible purchase on the market, it is important to check beforehand, as such attacks have become increasingly common. 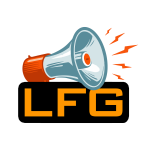 Previous Article What does LFG stand for and how is it used? Next Article 5 tips for using your credit card wisely

Bahamas leads countries around the world in Central Bank-issued cryptocurrencies, with its Sand Dollar CBDCs have many advantages regarding payment efficiency, speed and friction reduction […]

BitGo is expanding its services outside of the United States and offering regulated cryptocurrency custody services in Europe. BitGo To Provide Services in Germany and […]

The cryptocurrency market was affected by the global events that unfolded over the past 24 hours, with the Bitcoin price dropping below the $8,000 mark. […]