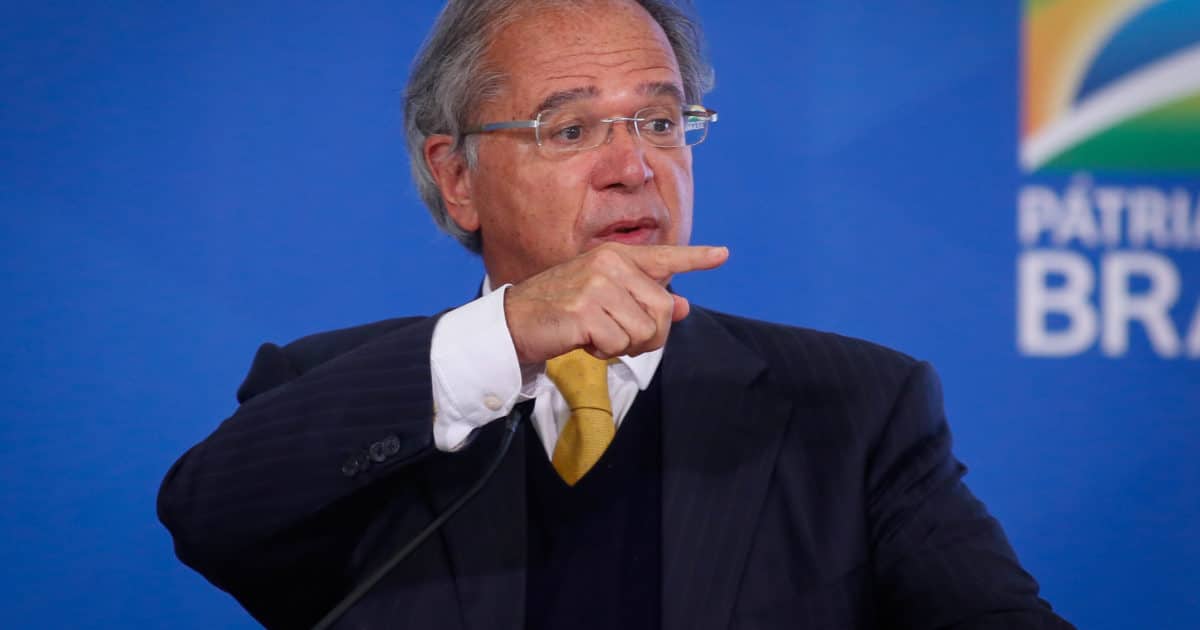 Minister Paulo Guedes (Economy) told interlocutors this Tuesday (6.Jul.2021) that he intends to cut R$ 20 billion in tax exemptions to which some business segments are entitled. This would allow, in the economic evaluation, to reduce by 10 percentage points, from 34% to 24%, the IRPJ (Income Tax of the Legal Entity). The tax is levied on companies operating under the real profit regime. The modification will be made in the project already sent by the government to Congress on June 25th. It is in progress at the Chamber. According to the original proposal sent to Congress, the IRPJ reduction would be 5 percentage points, being 2.5 points in 2022 and another 2.5 points in 2023. The idea now is to reduce the 10 points in 2022. The minister stated, in the conversation with interlocutors, that the reform will be neutral in terms of collection. Everything that it is possible to eliminate from subsidies and tax exemptions will be reverted to reduction of rates. The government is working out the details with the project's rapporteur, deputy Celso Sabino (PSDB-PA). Guedes had already talked about reducing the corporate tax rate by 10 points instead of 5. On this Tuesday, he mentioned for the 1st time the cut in exemptions as a condition for doing this. Of the approximately R$ 60 billion of exemptions and subsidies currently granted, R$ 30 billion are liable to be eliminated, in the assessment of the Economy. Guedes said the amount to be cut will depend on congressmen's willingness to confront business lobbies. With the cut of R$ 20 billion, he estimates, it will be possible to double the reduction in corporate tax. The project establishes the taxation of dividends, currently exempt, at 20%. This will provide additional revenue of R$ 60 billion to the government. Reducing the IRPJ from 34% to 29% would cost R$ 40 billion. With the remaining R$ 20 billion, the government intends to correct the IRPF (Individual Income Tax) exemption limit from the current R$ 1,904 to R$ 2,500. The items that the government wants to cut will be known until Friday (9.Jul.2021). One of those that should be on the list is the Reiq (Special Regime for the Chemical Industry). Among the subsidies to be maintained are those from the Manaus Free Trade Zone, the S System and the discount on health expenses from the IRPF.

Guedes also stated in the conversation with interlocutors that it will be possible to expand the number of taxpayers who will be entitled to a 20% discount on income from the simplified declaration. Today this applies to all taxpayers up to the limit of R$ 16,754. In the proposal sent by the government, it would only be for those who have an income of up to R$ 40 thousand per year, in the amount of R$ 8 thousand. The trend, said the minister, is to reach R$ 60 thousand, with a discount of R$ 12 thousand.

Another change Guedes intends to make is in the proposed rule for the taxation of closed-end investment funds, which are generally used for investments by people with high net worth. In this type of investment, the manager only allows income withdrawals at certain times of the year. That's why they only work with very high values. The advantage is that, under the current rule, taxes are only levied on the income that is withdrawn. No taxes are levied on the capital gain that remains in the fund. Under the government's project, closed-end funds will be taxed at 15% on all income since they were implemented. According to Guedes, the idea is to modify the proposal in progress to allow the 1st update, in 2022, to have a lower rate, from 5% to 10%, for those who choose to update the value immediately. Those who prefer a longer term, to be defined, will have to pay the 15% rate even on past income. Closed-end funds have increased their participation in infrastructure projects. For market analysts, higher taxation of these funds will reduce funding in the area. In the assessment of Everardo Maciel, former secretary of the Federal Revenue, there will be another problem if the proposal is approved: litigation in court. “A law cannot retroactively determine something causing harm to people,” he said.

The team at the Ministry of Economy is also evaluating modifying the proposal for taxing companies that belong to the same business group. Today it is possible to allocate the profit of one company to investments in another without paying tax. For the proposal sent, the profit will be taxed when leaving the company, even if it is destined to an affiliate. Analysts claim that this makes investments by transport and energy concessionaires unfeasible. The implementation of SPEs (Specific Purpose Companies) that are equivalent to separate companies is mandatory by law. The gain is used to start new projects. This is also true for homebuilders. Guedes said in the conversation with interlocutors that this point could be revised.
continue reading

Furnas recovery would leave a reservoir with a volume of 80%, says ONS