The government of Venezuela announced two novelties on Thursday (3). The first of these was an 1,800% increase in the country’s minimum wage, which had risen to 126 bolivars (about R$146 in current values). The second is that 50% of this amount will be pegged to the country’s official cryptocurrency, Petro. According to Bloomberg, the new increase was proposed by an assembly of 10,000 workers and sanctioned by President Nicolás Maduro. The adjustment was approved through a speech by Maduro that was broadcast live.

“You proposed to set the basic minimum wage for workers at half a Petro, approved! And that pushes all salary floors up,” the president said.

Equalization of wages and inflation

According to Maduro, individuals working in the private sector earn much more than government workers. So, to equalize this difference, he proposed the new adjustment. In other words, it looks like the new minimum wage will only apply to Venezuelan government employees. But the president did not comment on this possibility or on what Petro’s role will be in it. However, the minimum wage serves as the basis for all payments, which means that private sector wages are likely to be readjusted. The increase also aims to partially offset inflation, which ended January at 6.7%. In the 12-month period, the country recorded a price increase of more than 470%, according to Trading Economics. However, the government did not provide details on how this link between wages and Petro will work. This was the first salary increase granted by the government since April 2021.

The return of the forgotten

Petro is a cryptocurrency built on the DASH blockchain. Launched in 2018, it was the first creation along the lines of a central bank digital currency (CBDC) launched by a major country. In fact, Venezuela was the first country in the world to launch a state-owned cryptocurrency. After its launch, Petro has already been used for various services, from the purchase of real estate to the payment of passport fees. However, a number of factors have led the cryptocurrency to gain little global repercussion. Firstly, its blockchain is virtually inaccessible, which makes it difficult to verify transactions. Second, the financial crisis in the country has overshadowed any benefits of cryptocurrency. Theoretically it is possible to buy PTR with Bitcoin (BTC) and Litecoin (LTC) from the Venezuelan central bank or on exchanges. However, as with the bolivar, there is a huge difference between the prices charged by the government and the private market. Finally, most Venezuelans do not use the Petro voluntarily, which has led the government to impose forced course on the cryptocurrency. For example, taxes and fees must be paid with Petro, but cryptocurrency is very little used in local commerce. Also Read: Scammers Disguise As Ukrainians To Steal Bitcoin Also Read: ConsenSys Shareholders Report MetaMask Sale To JPMorgan Also Read: Analyst Suggests Up To 30% Recovery For Crypto.com CRO 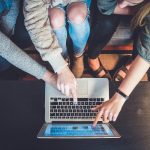 Next Article How to take your personal page to the next level?

Now You Can Buy Vulcan Forged PYR: Here’s Where