A gospel singer resisted arrest this Friday (6), after the Military Police served warrants against her and her husband in the metropolitan region of Belo Horizonte. With her husband, the influencer would have created an alleged investment company, which is being investigated for being a possible front for a financial pyramid. In recent months, the company began to delay withdrawals promised to customers and the case gained attention. The gospel singer is accused of being the leader of a financial pyramid, even though her husband claims to work with NFTs to monetize customers’ money.
Gospel singer Izabela Cristy and her husband. Disclosure: Instagram. NFTs are blockchain-registered tokens that gained a lot of fame in 2021, even being considered the term of the year by a dictionary. Moving millions of dollars daily, this market has certainly attracted the attention of scammers.

Gospel singer who claimed to be an NFT trader resists arrest with her husband, but is arrested by the PM

According to information released by G1, Sergeant Alexandre Miranda Gonçalves carried out with his team of police officers an arrest warrant against a woman and her husband. Upon arriving at the scene and giving a voice of arrest, they would have made it difficult for the agents to enter, who had to break down the door. Upon accessing the site, the sergeant informs that the couple’s daughter was used as a shield, which did not help in the offensive of the operation that there are no reports of injuries at the scene. She promised with her company quick and fixed profits for investors, claiming to be a trader in the financial market. Months later, delays in customer withdrawals began to be shared over the internet and the case gained repercussion. ID Investimentos promised high and fast profits. Reproduction. Through Reclame Aqui, customers also began to report problems with the scam that promised astronomical returns in a few days. After the repercussion, Izabela Cristy blocked her social networks. In addition to claiming to be an NFT trader, her husband David Barros was also one of the leaders of the company ID Investimentos. In some advertising materials, the company used the image of Bitcoin as an “innovative technology”.

ID Investimentos promised high and fast profits. Company website. Anyway, with the arrest of the singer and her husband, they will be heard and the case can be better clarified for those who register losses with the coup. It is worth remembering that when this case gained repercussion, the couple’s lawyer denied that they are committing crimes.

Professional traders know that equity markets tend to fluctuate, meaning there is no way to guarantee fixed returns for any asset class. Bitcoin, for example, has recorded a 9.6% drop against the Dollar in the last 7 days, showing that traders must deal with the ups and downs of the markets in their operations. So, when the promise of profit is high and fixed, a financial coup is likely to be underway. Another sign that the situation is a mess is the need to invite new people to the company, a common practice among financial pyramids. 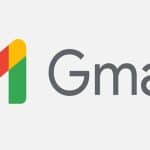 Next Article Yato fundamental analysis. Why is it falling despite rising results?

As the price of Bitcoin (BTC) drops, the richest non-exchange wallet has started a wave of accumulation. Since the beginning of May, the address has […]

Bitcoin Gold’s price has increased by 25% in the past year as it topped more than two-thirds of the top 100 crypto assets. The 16 […]

From marketing to influencer analyst: Brazil has 109 open positions for the cryptocurrency market

The job market is quite heated when it comes to cryptocurrencies. According to a survey carried out by CriptoFácil, there are 109 vacancies in the […]