Goods of the “Pharaoh of Bitcoins” will reimburse victims of GAS, determines Justice

Clients injured by GAS Consultoria Bitcoin, owned by Glaidson Acácio dos Santos, the “Pharaoh of Bitcoins”, will be reimbursed with the assets of the company, Glaidson and his wife and partner Mirelis Yoseline Diaz Zerpa. That’s what Judge Maria Cristina de Brito Lima, of the 2nd Business Court of the Capital, decided. The magistrate determined the block after a request from an association linked to consumer protection that sues the company.

GAS Bitcoin Consulting was a financial pyramid scheme disguised as a cryptocurrency investment consultancy. Based in Cabo Frio (RJ), the company promised high returns of 10% per month on alleged Bitcoin applications. With GAS, Glaidson and Mirelis, who is on the run, would have moved R$38 billion. In August of last year, the Federal Police launched Operation Kryptos, which culminated in Glaidson’s arrest. Then the company stopped the monthly payments promised to investors. Thus, many went to court to try to get their money back. And it was precisely the case of clients of the National Association of Citizenship Center for Consumer and Worker Defense (Acecont). In the action, the association asked the court for the company to reimburse former customers in R$ 17 billion. And the court accepted the request: “I grant the requested urgent relief, to determine the seizure of the assets seized in the criminal context, as well as the online seizure of any and all accounts of the defendants, the latter measure that will be carried out by the court’s office, up to the limit of the value given to the case, that is, up to enough to pay the capital invested by the plaintiff’s injured associates”, determined the judge.

The g1 had access to the document that showed that, in addition to the millionaire deposit, the authors of the action also asked that the lawyer Mônica Lemos – who defends Mirelis – be held accountable in the process. This is because Lemos told former clients that GAS had the money to pay off the debts. However, according to lawyer Renata Mansur, one of the authors of the action, the amounts blocked so far do not cover the losses. “The move now is for the company to have a means of paying customers, depositing the amounts in the 2nd Business Court”, explained the lawyer. In the decision, the judge also mentioned that the amounts owed exceed the assets collected: “Actually, there are indications of irregularity in the activity of the defendant, who is in possession of the capital invested by the contractors. The opinion of the Attorney General’s Office was in the sense of carrying out the verification and qualification of credits, as provided for in Articles 7 and following of Law 11.101/05, which indicates that the credit of the injured parties is greater than the assets collected”, wrote Maria Cristina. by Brito Lima. According to the plaintiffs, Lemos committed a “crime against consumer relations” and an alleged crime of favoritism. The authors say she and her husband, Samuel Lemos, were partners in one of the targets of Operation Kryptos, Vicente Gadelha, in a company linked to GAS. Read also: Ray Dalio’s billionaire fund will invest in cryptocurrency fund Also read: US Treasury confirms: dollar is more used to commit crimes than Bitcoin 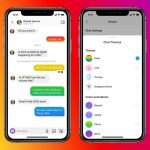 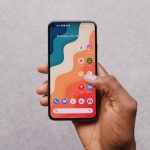 Next Article The best cheap Android phones of 2022

Should I buy Solana? 5 things you should consider

Solana is a leading blockchain project that seeks to become a leading player in the industry. It was started in 2019 and managed to raise […]