From McDonald’s Clerk to One of the Richest in the World, Binance’s CZ Story

With an estimated net worth of $96 billion, Changpeng Zhao, or CZ, is considered one of the richest men in the world. Furthermore, he is possibly the biggest millionaire in the cryptocurrency universe. But even though he is now a billionaire, CZ started his career working as a McDonald’s server. Furthermore, along his journey, he also passed through Bloomberg where he developed futures trading software. He also helped launch a Bitcoin futures platform for Chinese exchange OKCoin as technical director. Later, in 2017, he launched one of the most successful initial coin offerings (ICOs) in the world with Binance Coin (BNB) – Binance’s native token worth $73 billion. Today, as one of the most powerful influencers in the crypto world and controlling shareholder of the world’s largest cryptocurrency exchange, Binance, CZ is helping to shape the cryptocurrency industry. Check out some of the key moments in CZ’s history.

CZ’s Career From Birth to Binance 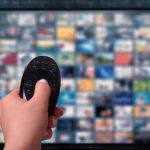 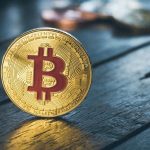 While initial coin offerings (ICOs) may no longer be in vogue, the U.S. securities watchdog is still cracking down on them. The Securities and Exchange […]

The cryptocurrency market has posted a minor recovery but all major cryptocurrencies remain under the pressure. The price of Ripple stands around $0.22 and the […]

Exchange Binance has announced that LUNA and UST trading will be suspended on the platform. The announcement took place this Friday (13), as announced on […]