Four Reasons Why The Merge Could Make Ether Price Explode

The Merge, the next major Ethereum (ETH) upgrade, is near. According to Vitalik Buterin, creator of ETH, the launch should take place in the next three months, which already leaves the community in anticipation. That’s because the update promises to be the biggest in Ethereum’s entire (short) history to date. With such grandeur, The Merge could impact the price of Ether (ETH). And of course, value the price of cryptocurrency. From “ultra sound money” to the development of second-tier networks, the impacts are many. While the official release date is not announced, check out four factors that make The Merge a potential bullish catalyst for ETH.

Three halvings in one

Halving is a process of cutting the issuance of new cryptocurrencies, which occurs especially in Bitcoin (BTC). For every 210,000 blocks mined – which is about four years – the issuance of new BTC is cut in half. This process usually generates strong subsequent valuations in BTC, but it is not common in other cryptocurrencies. But The Merge will also reduce the issuance of new ETH, having a similar impact. In this regard, the ETH network will change its mining algorithm from the current Proof of Work (PoW) to Proof of Stake (PoS). As a result, the issuance of new ETH will be drastically reduced, reaching a drop of 90%. Unlike BTC, Ethereum does not have a cap, meaning the network will continue to issue new ETH indefinitely. However, this emission rate will be reduced because of the higher efficiency of PoS mining. According to data, the ETH inflation rate could drop by the equivalent of three BTC halvings. This has been dubbed a “triple halving” by members of the Ethereum community. If the data is correct, ETH could experience an appreciation at the same level as BTC.

The switch to PoS mining will also reduce the environmental impact of ETH issuance. According to data from the Ethereum Foundation, the network will see a 99.95% drop in energy consumption from current levels.

Power consumption comparison between Burj Khalifa, BTC and ETH post-Merge. Source: Ethereum Foundation. While there are criticisms of this argument, the fact is that many mutual funds shun BTC because of concerns about PoW. After all, the narrative of the environmental impact of mining is increasingly explored in the market. Indeed, ESG mandates can act as a significant barrier to large-scale investors. This barrier, which can limit the growth of BTC, tends to be circumvented in the case of PoS mining, paving the way for more capital to enter Ethereum.

Staking consists of keeping cryptocurrencies in a wallet with the aim of receiving rewards for validating transactions. That is, by keeping cryptocurrencies in your wallet, you can earn even more coins. In this way, staking is a kind of passive income with cryptocurrencies, and it is something that is already being adopted in Ethereum. With the launch of The Merge, yields for staking ETH could even triple, from the current 4% to as much as 12% per year. In addition, staking does not require intensive investment in machinery and electrical energy, as is the case with PoW, which leaves a greater amount of that income in the hands of validators. With more interest, the demand for ETH tends to rise and boost the price.

In economics, deflation is the phenomenon of decreasing the supply of money in an economy, causing that currency to appreciate. This phenomenon gained strength on Ethereum with the launch of EIP-1559, which began to burn part of the ETH generated in transaction fees. According to ultrasound.money, more than 1.6 million ETH have been burned since the launch of the EIP, and the number could reach 3.1 million a year. In contrast, issuance should fall to less than 1 million ETH per year. In practice, deflation tends to outpace the issuance of new ETH, greatly reducing market supply. And when there is a supply shock, the price tends to rise rapidly in value. Read also: Gala Games announces launch of Town Crush Read also: Bitcoin is shipped from Miami to Poland in 3 minutes via Lightning Read also: Bitcoiners Anonymous: Find out if you are addicted to cryptocurrency 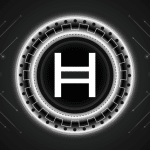 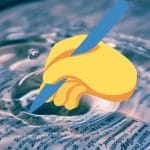 Next Article Dalle-2, the Artificial Intelligence that draws anything you ask of it

BitMEX users are blaming bitcoin futures exchange BitMEX for a flash crash in the XRP cryptocurrency that cost them buckets of money. The crash, which […]

How to send an email to Slack?

For a variety of reasons, you may at some point need to contact a Slack server. You should know that there are different ways to […]

The post The Sandbox native token SAND turnover is up 425%: Here's where to buy appeared first on Bitcoin Guide .

One of the world’s leading cryptocurrency exchanges has joined the Internet and Mobile Association of India, the body that helped fight the ban on cryptocurrency […]