The rise in interest rates in the United States, as well as the end of monetary expansion programs, are viewed with caution by investors. Many believe that these measures will drive down the prices of various risky assets such as Bitcoin (BTC). However, this is not the view of renowned economist Mohammed El-Erian, president of Queen’s College. According to him, the Fed’s measures were announced too late and will not have the expected effect. And in the case of BTC and gold, they can even contribute to the appreciation of these assets.

During an interview with CNBC Monday, El-Erian was asked about the new policies announced by the Federal Reserve (Fed). The U.S. central bank made a timid interest rate hike and promised to sell $100 billion in assets every month. This asset sale is the mechanism that the Fed has to remove liquidity, that is, withdraw money from the market. In this way the central bank hopes to lighten its balance sheet and end the money expansion policies. The objective of the measures is to control inflation, which has already exceeded 8.5% in 12 months in the US and is the highest in the last 40 years. However, El-Erian said the Fed’s policies should have been announced in 2021.

“We should have started removing liquidity (dubbed QT in English) last year. We did not do it. And now we are seeing the consequences of this delay by the Fed”, warned the economist.

The economist was asked what will happen to cryptocurrencies and gold if the Fed takes its policies forward. Contrary to general opinion, El-Erian believes that both will rise in value. In El-Erian’s view, inflation has become a present factor and is not transitory as the Fed has claimed in the past. Second, interest rate hikes are very weak – the first increase was just 25 basis points (0.25%). As a result, interest rates in the US rose from 0%-0.25% (there is an interest band there) to 0.25-0.5%, while inflation is at 8.5%. But El-Erian warns that the Fed cannot make larger increases, at the risk of collapsing the US economy. Indeed, the Fed is cornered. If interest rates are not raised, inflation will continue unchecked. If interest rates rise too much, stocks could fall, triggering a major recession. Goldman Sachs said there is a 35% chance that this recession will occur by 2024.

“So the big question is, can we navigate this inflationary growth landscape that has become much more difficult? Bank CEOs are concerned about the macroeconomic environment,” said El-Erian

The restoration of value

The economist was also asked about fears that these policies will bring down the price of cryptocurrencies. For El-Erian, the fear makes sense and is well-founded. In this sense, market declines act as a kind of adjustment for investors to a paradigm in which liquidity is no longer abundant or predictable. Soon, the assets would be converging towards their “real” value, explains the economist.

“There is a reason for this. Unlike gold, cryptocurrencies have benefited enormously from all the liquidity injections. At the same time, they are seen as important diversification assets. So there is a tug of war between an acknowledgment that liquidity is leaving the system as a whole and attractiveness as diversification. So far, it’s the liquidity element that is winning,” he said. 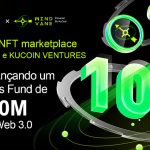 Ethereum (ETH) close to negative for 2019

Believe it or not, Ethereum (ETH) was one of the best performing cryptocurrencies of 2019. The keyword here is was. Ethereum, at one point in […]

After the misfortunes of Terra’s TerraUSD (UST) stablecoin which decoupled from the US dollar, the price of LUNA, which is Terra’s native token, has dropped […]

Movie Games is a Polish gaming studio known for its Lust from Beyond title. As Konrad Książak points out, on Comparic24, the […]